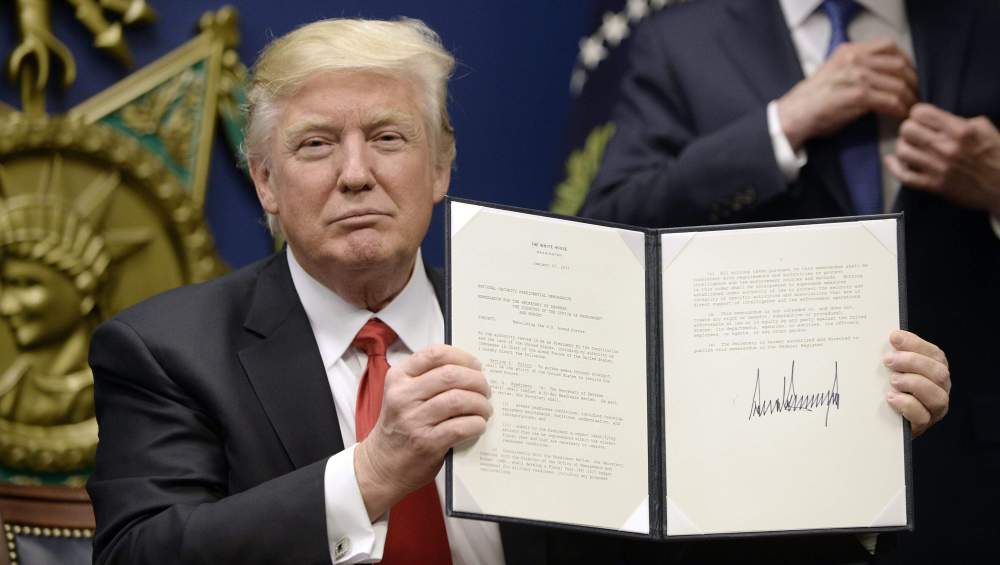 My Trump piece from yesterday about his Muslim nation immigration ban followed mentalunrest’s editorial policy — one major idea at a time, with few exceptions.

But it’s time to give you the other part of this story.

With the exception of Syria, Trump’s executive order never identified the specific countries subjected to the immigration ban. Read the order here and tell me if you see any other country listed.

So, where did the seven countries come from? Y’know, besides the turn of the century think tank wet dream I talked about yesterday …

It all started when the 114th Congress passed the H.R. 158 — the Visa Waiver Program Improvement and Terrorist Travel Prevention Act of 2015 — where visa waiver restrictions were placed on anyone who traveled to Iraq and Syria since March 1, 2011. The two countries were identified as sources of international terrorists. The Obama administration signed the bill into law.

H.R. 158 also directed the US Secretary of Homeland Security to identify and add additional “countries of concern” to the visa waiver restrictions list within 60 days of the bill’s passage.

As a result, the Department Homeland Security expanded that list to seven (emphasis mine):

These restrictions do not apply to VWP travelers whose presence in Iraq, Syria, Iran, Sudan, Libya, Somalia, or Yemen was to perform military service in the armed forces of a program country, or in order to carry out official duties as a full-time employee of the government of a program country. We recommend those who have traveled to the seven countries listed above for military/official purposes bring with them appropriate documentation when traveling through a U.S. port of entry.

In other words, Team Obama dug a hole in America’s hallowed mountain of a promise that welcomed other countries’ “tired, poor and huddled masses yearning to breathe free… ” and Trump’s crew is currently operating from precedent.

Given how information can become scarce without warning, I attached a screen shot of DHS’s February 18, 2016 announcement.

Like I mentioned yesterday, it doesn’t seem to matter which party controls Washington. The geopolitical marching orders are set. The only difference here is that Trump makes more noise about what he’s doing.