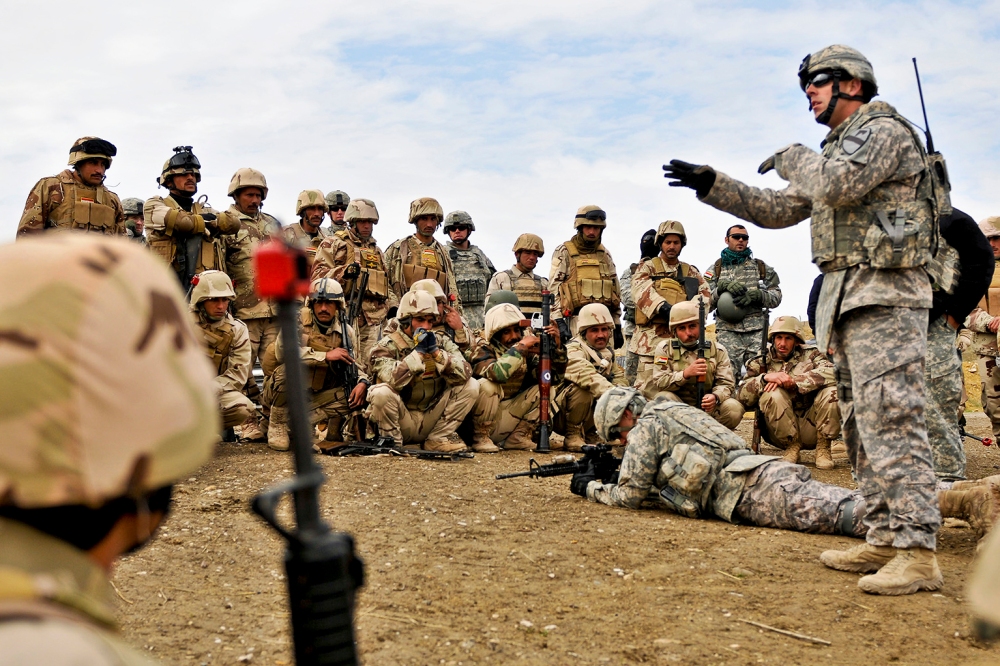 (Laughing) Not sure. Perhaps because the Pentagon is running the program this time?

There’s no reason to believe the new offensive will work. Which means the US is faced with  a few options.

The first is to find effective ground troops among local allies. As I mentioned a few weeks ago, that idea will not work.

The second is to have a mature discussion with actors who are not necessarily allies, but have effective ground troops. The US will dismiss that idea, of course. I find that funny since it seems America would rather talk to extremist rebels in Syria who try to pose as moderates. than meet with Russia and Iran.

The next is to let ISIL win.

Perhaps there’s a fourth option, which I alluded to during the summer. It’s possible that the US wants to enable an updated Sykes-Picot vision through a war of attrition.

If that’s the case, no one wins. And I mean no one…

Update [Nov 7, 2014 @ 1942]: the previous update was too flippant and didn’t give the topic sufficient justice. Any post I’ve made concerning a US collaboration with Iraq to sort out the ISIL problem has placed a highly deliberate reference to a mature discussion. Obama pinning his proposal for an Iran collaboration to the outcome of the current nuclear talks—particularly when there’s a good chance that Iran may not want to accept the terms that the US has proposed at this point—does not constitute a mature discussion…