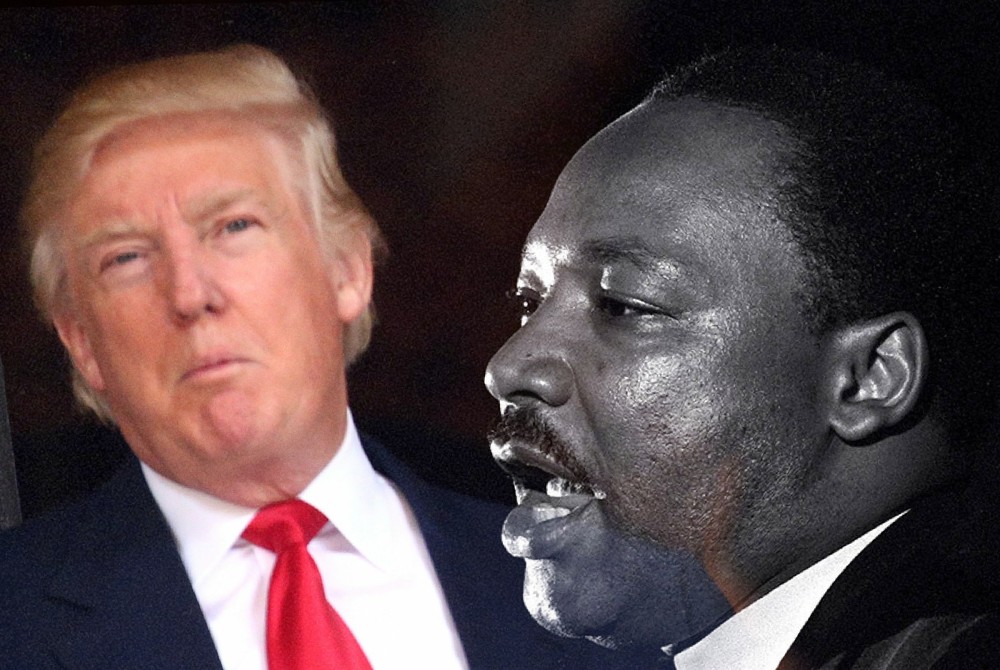 I perfectly understand that we’ll see more online Dr. Martin Luther King Jr. references as we move closer to the 50th anniversary of his assassination, but folks should stop recklessly making parallels where none should exist.

Consortium News and writer Bob Katz stand guilty at the moment, after they paired the investigation of MLK’s death with Special Counsel Robert Mueller’s inquiry of President Donald Trump and Russia’s alleged involvement in the 2016 presidential election.

Allow me to first give mad props Consortium News for their long-standing track record of sharing the uncomfortable truths about certain world events that cable news journalists would never go near.

But I’m specifically not down with Katz’ idea that Capitol Hill’s House Select Committee on Assassinations, which published a 1979 report of MLK’s death and suspected shooter James Earl Ray’s role in it, is the definitive voice for what really happened on April 4, 1968:

[The House Select Committee on Assassinations’ report] is the single most authoritative interpretation of the case, and the closest thing we have to a definitive last word.

However … I completely get Katz’ idea about how Mueller’s investigation may not map to the way Americans expect stories to flow:

All available box office evidence suggests that Americans crave political dramas that are sharply plotted, easy to follow and seamlessly resolved. The ambiguous kind? Not so much. The truth, in the long run, may not be an ideal vehicle for maximizing audience share.

Perhaps I’m encroaching on a topic that deserves a separate written piece, but Mueller’s investigation team is loaded with attorneys who’ve earned the skulls on their helmets from smashing money launderers.

And while I’m 100 percent chill with Mueller’s next wave of indictments completely changing my mind, the moves he’s made so far make me think shady financial transactions or obstruction of justice — or both — are his focus points with respect to Team Trump.

But the head water of this investigation — Trump’s supposed collusion with the Russian government to rig the 2016 race — doesn’t appear to be one of those areas of prosecutorial focus at the moment.

Which brings me to another major point Katz made, and requires no MLK analogy:

If in the end Mueller demonstrates only that vile crimes were perpetrated with craven or treasonous intent by despicable actors plausibly though not provably affiliated with the White House, what will be the popular understanding of the Trump-Russia-election saga ten years, twenty years from now? Especially when a far less complicated account – NO COLLUSION! – gets blasted from the loudest megaphone known to humankind.

I sometimes wonder about the same thing.