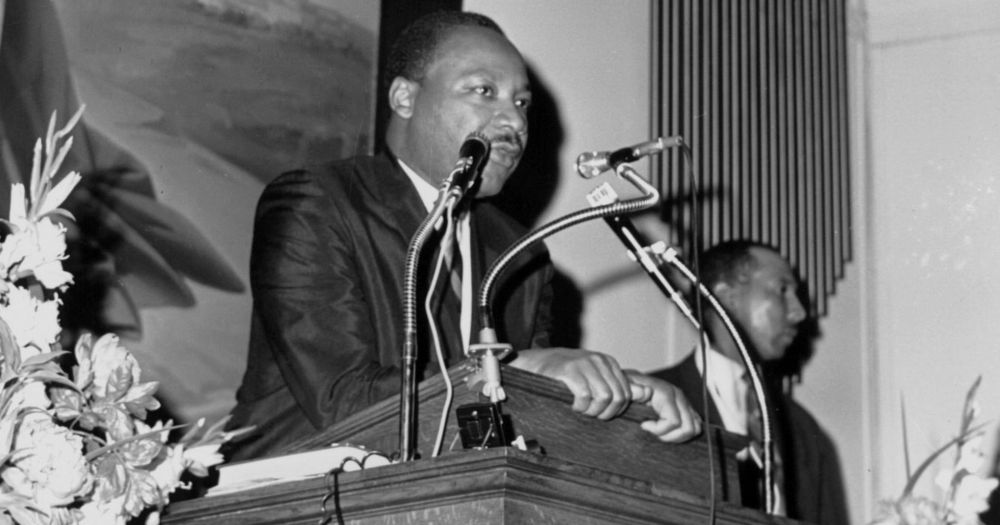 It’s been 50 years and three days after Dr. Martin Luther king Jr.’s assassination, and people still ask “Where are our leaders today?”

Which makes me think of Americans’ funny attitudes about leaders.

By 1964, a Gallup poll reported that Dr. Martin Luther King Jr. was the fourth most admired person in America, even beating Robert Kennedy and Pope Paul VI. King became Time Magazine’s person of the year.

But by 1966, about two years before a sniper’s bullet ended MLK’s life, nearly two-thirds of Americans surveyed disapproved of him.

Even the majority of Black folks weren’t down with King’s views, according to Gallup.

Perhaps we should rephrase the question: “Where are our POPULAR leaders today?”

Or, “Where are our ACCEPTABLE-BY-THE-MEDIA leaders?”

Because as much as everyone claimed to have loved King, he clearly became unacceptable to much of America during his final days.

You can always tell the difference between acceptable leaders and just leaders.

You won’t hear about leaders.

And when you do, the news about them arrives wrapped in derision — in case you need some coaching to view them as less acceptable.

Before MLK fell off the US admiration pop charts, he was considered President Lyndon Johnson’s inside person on race relations — as long as King worried about integrating lunch counters and boycotting busses, apparently.

King’s expanding view of social justice in 1965 began to make others uncomfortable — it shows in the Gallup poll numbers— but he officially earned mainstream vitriol after April 4, 1967.

That’s when he made a speech (YouTube, transcript) at New York City’s Riverside Church where he spoke out against America’s intervention in the Vietnam War and called the US government “the greatest purveyor of violence in the world today.”

But King did more than oppose the war.

He talked about the Vietnamese civilians and their homeland ripped apart by American bombs in the name of “liberty.”

He also felt that America should redirect financial resources from Vietnam to eliminate poverty at home.

The New York Times said that King did a disservice to the antiwar cause and the racial injustice he fought against.

The Washington Post and dozens of other newspapers dissed King in a similar way.

So did some Black leaders.

Northern White Liberal support — once a mainstay in the fight against Jim Crow in the South — began to disappear.

But … it took a bullet to rip apart King’s body in order for Liberals and Conservatives alike to love him.

So … while some of you may wonder where the new leaders are, perhaps it’s a good time think of the leaders you may have ignored lately.

LIke Rev. Dr. William Barber, who’s been quietly remixing MLK’s Poor People’s Campaign — one of the latter’s final major initiatives before his assassination.

Attorney and activist Lee Merritt, whose been a warrior in and out of the courtroom as he pursues justice for victims of racial violence, police brutality and predatory incarceration. He’s been leading a campaign to get more social justice-oriented candidates on local District Attorney ballots.

I could list hundreds of leaders. And I still won’t know all of them.

That’s because my lack of awareness is not a glitch, but a feature.

Leaders capable of change are not presented to you on TV as “The people who will lead you out of the wilderness.”

MLK was never presented that way, and neither will anyone after him …

One thought on ““Where are our leaders today?” you ask.”