The unarmed dementia sufferer was tased by a Kingstree, South Carolina police officer last October, after a brief car chase and subsequent verbal exchange. Chatfield’s injuries prompted the attending hospital to put him in a medically-induced coma in order to save his life.

Here’s a sad update: Chatfield passed away about 10 days ago.

The news found its way to me after a curiosity-spawned Google search. My heart sank after reading a funeral home’s death notification. 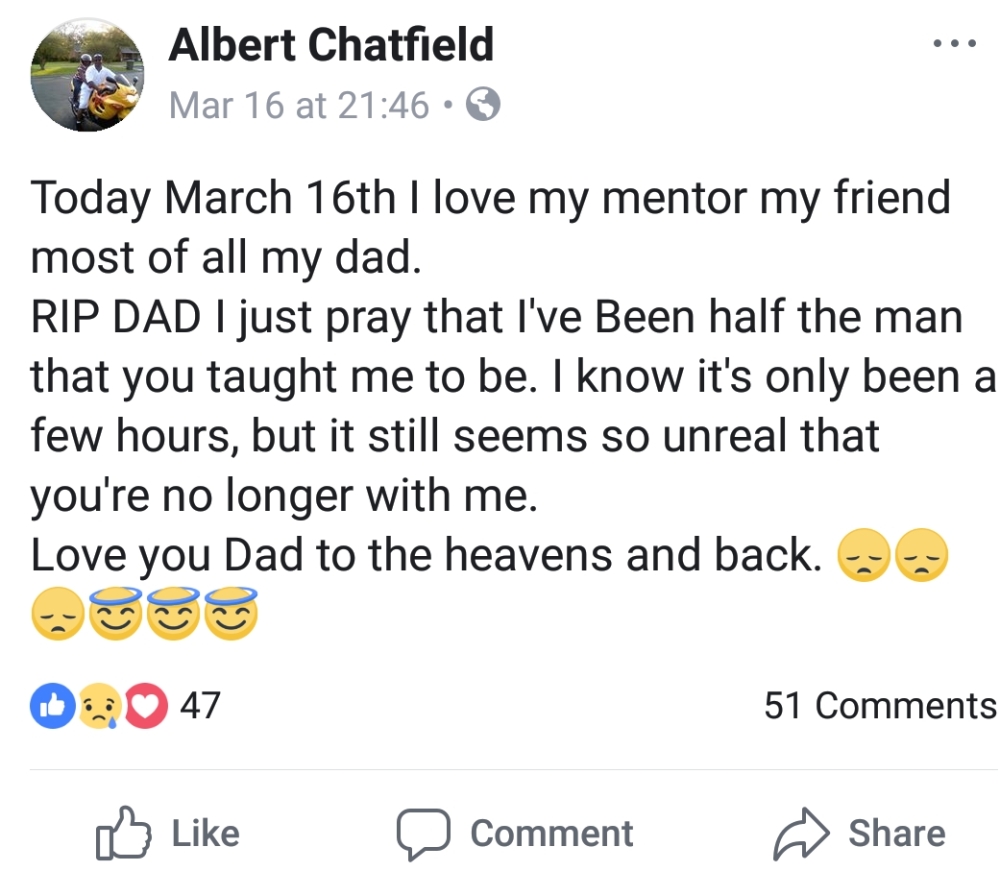 Do you recall why the older Chatfield was tased?

According to the police’s version of the story, Chatfield was walking backwards into oncoming traffic.

An officer tased Chatfield to stop the octogenarian from getting hit by a car.

Here’s a video of the officers’ diligent efforts to save Chatfield’s life:

I don’t know for certain what caused Chatfield to give up the ghost. No medical assessment was immediately available to me while writing this piece.

But tasing an 86-year old into an intensive care unit with a bleeding brain dang sure ain’t tonic.

Police officers were 12 feet away from a troubled 86-year old man and couldn’t build enough of a human connection with him to prevent exploding his organ tissue with thousands of electricity volts.

The incident once again causes me to wonder about how much respect some law enforcement personnel have for elders, youth, pregnant women and even the whole idea of life.

I also wonder if there’s any discernible awareness of the responsibility connected to instruments that can finalize real-time life and death decisions.

Remember the mentally-disturbed New York man who stood atop a storefront gate’s ledge, and a police lieutenant decided that tasing the man was the solution for bringing the man down?

The officer was mind-blowingly right — the man fell off the awning and died from head injuries.

How much reverence for anything — other than whatever fiat praise officers gave to the taser — do you see in these stories?

By the way, the City of Kingstree settled the taser case with Chatfield for $900,000 back in November …

2 thoughts on “As if tasing an 86-year old man is a tonic: a sad update about Albert Chatfield”