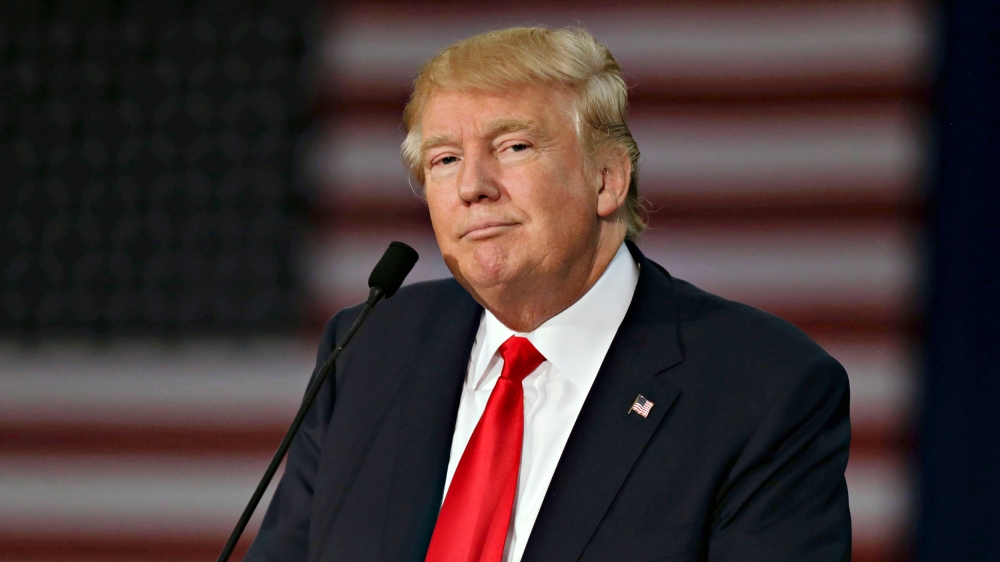 You will freak out over this piece of US-Russia news — US officials gave Russian arms negotiators Britain’s nuclear arms secrets, which included the serial numbers of every Trident Missile the US provides to the country. Nope, Britain never gave America permission to share this information. But I assume Russia was quite grateful.

Before you start handing out pitchforks and reserving bar space for those President Donald Trump impeachment parties, it’s important to know that he was not responsible for these leaks — it was President Barack Obama. In 2010.

An embarrassing, leaked cable dropped all the backstabbing info.

In fact, you’ll find well-documented instances where American Presidents have shared intelligence of all kinds with friends and enemies throughout history.

So …  Trump bragging about his shiny-new toy fire truck called “great intel” with Russian Foreign Minister Sergey Lavrov and Russian ambassador Sergey Kislyak — along with the resulting media crapstorm — is puzzling given the precedent set by other US Presidents; not surprising because we should know how Trump bounces by now; puzzling because the info Trump shared isn’t new, even if he thinks it is; unsurprising how the media has turned on the coverage intensity where the home pages of several mainstream new sites have nothing but Trump stories in them; but still puzzling why and how Trump serially walks into bear traps.

For those of you who are color trippin’, I’ll insert my usual qualifiers before moving on …

… Like, I still think Trump lacks the emotional stability to serve as President …

… He lacks the intellectual curiosity to become a good President …

… Plus he routinely exploits the fears and hatred among people to pursue much of his domestic political agenda.

… and these are a few of many reasons why I didn’t endorse him for the job through my blog. No, Hillary Clinton didn’t get my nod. Yes, I voted in the 2016 elections.

With qualifiers out the way, I’ll share my initial reactions after hearing about Trump’s diarrhea of the shaky-ground braggadocio sort when he showed Lavrov his toy fire truck.

For new readers, my natural writing style is stream of consciousness, so you’re reading my thoughts at close to real time.

And then came my next reaction: “Stupid.”

Sure, US Presidents can declassify anything they want. But while I’ve never been a President, I expect that a set of protocols are in place for Commanders in Chief to follow when they want to start sharing sensitive stuff.

This is the part where I start laughing again — who still expects Trump to follow a protocol?

As if you’re new to Trump’s diarrhea problem. You must not follow him when he has a case of the late-night runs on Twitter.

But some of you also ignored how other actors in this episode suffered from diarrhea.

No one — save for a handful of US government executives, intelligence officials and their sources — knew details about an Islamic State plot to blow up airplanes with laptops before Wednesday, May 10. Well, something like that. It’s not like we’re strangers to this activity.

Whatever specific intel was shared on that day, it seems Lavrov didn’t have the same case of diarrhea since he didn’t share the plot with the Washington Post — but someone from Trump’s team did!

In Obama’s day, whistle-blowers would’ve been called leakers and then placed in jail — assuming they didn’t flee the U.S. first to avoid arrest.

Still, this a self-inflicted controversy and feeds into two reasons why I think Trump’s days as President are limited in either tenure or impact.

Not necessarily because the Justice Department appointed special counsel to investigate what role THE RUSSIANS played in the 2016 election — although some of my opinion has been spawned from this news.

Not necessarily because of Lieutenant General Michael Flynn’s contacts with Russia. “Contact,” “Collusion” and “Trump complicity” are large jumps in reasoning and no one’s yet publicly presented evidence to prove the latter two charges.

Not necessarily because waves of press disclosures point to members of Team Trump having circumstantial contacts with THE RUSSIANS. Like I said a while ago, I expect political advisers to have conversations with foreign officials. That’s how policies are formed in the real world. It’s been that way for centuries. Also, go back to what I said earlier about contact, collusion and complicity.

Trump firing James Comey after leaning on the FBI Director to drop the Flynn investigation doesn’t look good, but a proper investigation will sort out intent and complicity.

Trump is done because [1] he lacks the common sense to realize that running the country is not like calling the shots at his family business; [2] the appointment of special counsel to investigate Trump can lead to a messy result.

And here’s the part that should worry Trump:

“Any matters that arose or may arise” is how independent counsel Kenneth Starr went from investigating a bad real estate deal in 1994 that involved the Clintons to placing a magnifying glass on Monica Lewinsky waxing Bill Clinton’s knob in 1998.

On a (hopefully) more substantial note, Mueller’s investigation would HAVE to involve research into Trump’s business dealings.

For Trump haters, this is a more insightful gift than any tax return could bring.

At the same time, Trump had better make sure all 500+ entities connected with his corporation across the globe are more perfect than Jesus.

For example, Trump should hope he doesn’t own an apartment building in Brighton Beach, Brooklyn where one of his landlords uses it for a ho’ house and employs a neighborhood bank to launder money.

Mob connections, unusual political gifts, wacky immigration hiring practices and much more are fair game in what will likely become a lengthy inquiry.

Even if Trump isn’t pushed out for “treason, bribery, or other high crimes and misdemeanors,” an embarrassing investigation could leave him in a paper tiger state. A presidency in name only.

One thought on “Cracking the Donald”