The leak also shows how the DNC controls media content in a blatant lack of respect, if not fear, of registered Democrats’ freedom of choice.

The DNC’s strategy worked. Clinton is expected to receive her coronation crown this week, and Sanders will watch the event from the sidelines while some of you still think there was nothing wrong with those DNC-scheduled Saturday night primary debates.

For you “Saturday nights are perfect for political debates!” people, allow me to add that the DNC’S role during primaries is to maintain a neutral position with regard to its own primary candidates. DNC communications director Luis Miranda says as much  in an email he wrote on April 24 of this year.

Here’s a Miranda email from May where he advises against using an MSNBC video segment because it has a heavy Bernie piece in it:

The DNC was apparently brainstorming ways to sabotage Sanders’ campaign when a suggestion about his religious beliefs came up: 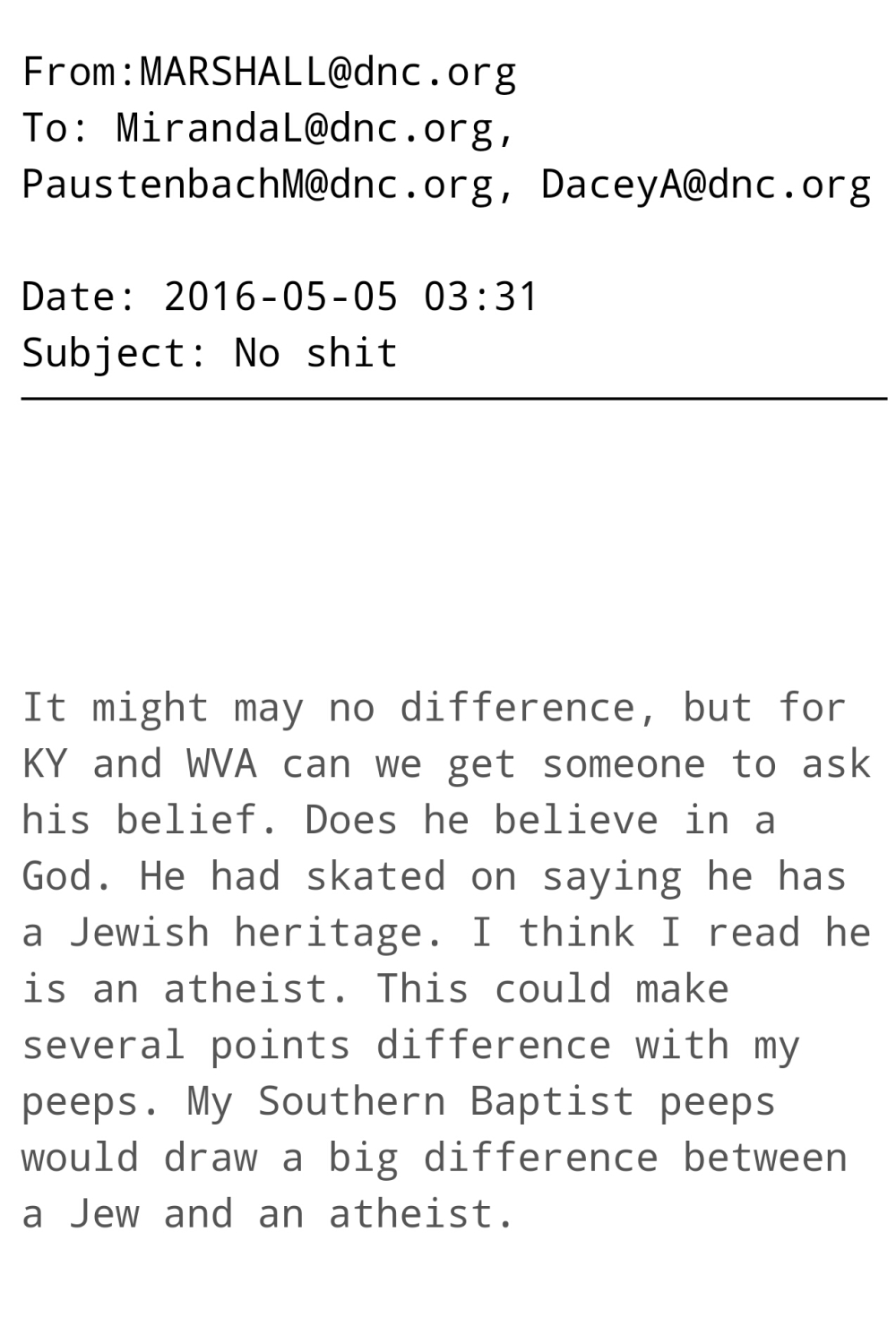 By late April, the Democratic primaries were far from over and Sanders’ campaign picked up a few key state victories as the arguably decisive California primary stood in the June horizon — a contest that polled at the time as a statistical dead heat with Sanders monopolizing the momentum. Why in the hell would DNC email director Eric Reiff circulate general election messaging templates on April 26 which assumed that Clinton was the nominee?

DNC Chair Debbie Wasserman Schultz didn’t practice neutrality either — but had the nerve to lose her sugar-honey-iced-tea after MSNBC’s Mika Brzenzki called out the Chair’s behavior and demanded that she step down. 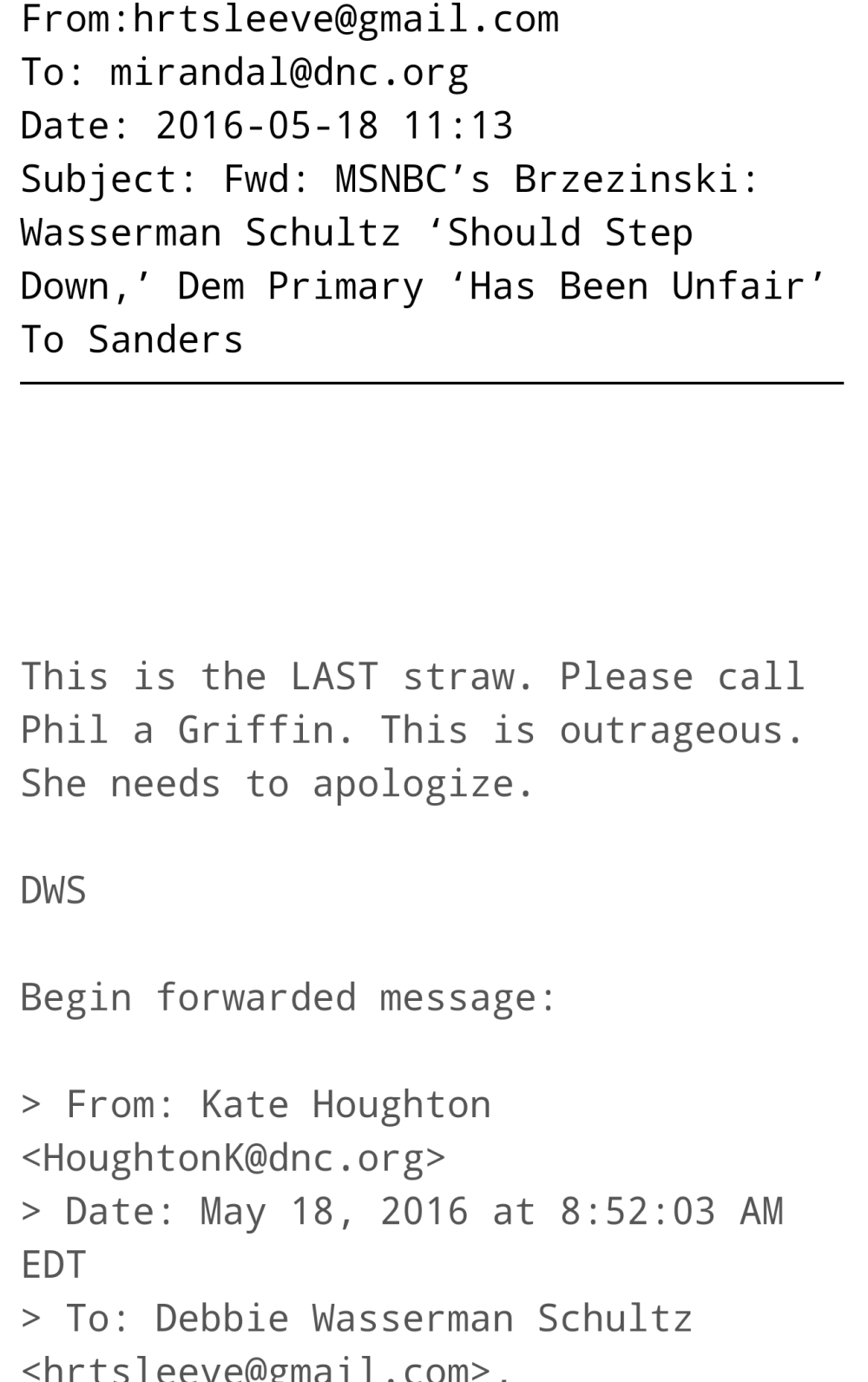 This Miranda email shows how the DNC had a direct role in revising an article by New York Times reporter Nicholas Confessore:

I can’t tell if the DNC’S motivation in the following instance was offensive, defensive or offensively defensive, but some of the staffers were cooking up negative stories to publish about Sanders.

In the backdrop of the inherently rigged Democrat super delegate nomination process, the Maine state Democratic convention passed a resolution to do away with superdelegates — and DNC CEO Amy Dacey didn’t like it one bit.

These are just a handful of transgressions. The smartest thing for the DNC to do at this point is to apologize for the rigged primary process and perform a mass firing of staffers. Pretending that a scandal doesn’t exist will not help them win elections.