Sure, you will read tons of stories about how Ebola—just like many social and economic crises—will almost always lead to the general public isolating specific groups of people out of fear or hatred.

But I think the fear mongers and their consumers are missing a larger point.

Save me the “you’re missing the racial angle” lecture. I understand how Ebola has become the newest face of Africa and xenophobia—like the harassment of a young West African Athlete; or a gubernatorial candidate making one of the dumbest public health prescriptions of the year; or immigrants being turned away from their jobs and refused service at restaurants.

Hell, a dog suspected of carrying the Ebola virus is getting more public love than Eric Thomas Duncan received before the latter’s death. Plus, the media has been no help in bringing rational thought to the social stigmas being generated by Ebola.

But I still think a larger point is being missed.

Since most Americans cannot distinguish between Black folks from Brooklyn, Brazil, Bopolu or Brazzaville—or may not even care to make a distinction—this New Face of Africa seems to have become the New Face of Blackness. I predict that any sense of American racial and social civility will evaporate if the US Ebola death toll hits 20 or higher. Needless to say that Ebola is impervious to most violent upheavals… 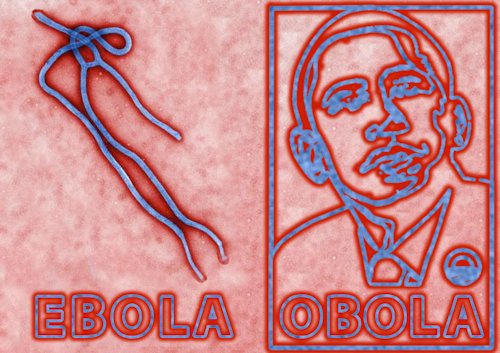 But that’s still not the larger point.

The Party of No Brains will blame the current crisis on a lack of leadership. The National Institutes of Health and the CDC have suffered from budget constraints for years, which hindered any effort to find a viable Ebola vaccine.

However, you can’t play the Party Color Game here since neither the PNBs, nor President Obama and his Party of No Guts, presented a budget to Congress that did not include adequate budget support for disease research.

But xenophobia, racism, and budget issues are like stream branches to a lager problem—poverty.

Let’s have a discussion that’s more tangible than West Africa and fruit bats—Ebola is spread through bad sanitation practices, and poverty is a large driver behind bad sanitary practices.

The lack of clean, running water leads to bad sanitary practices, which only encourages Ebola’s growth.

With all the meddling the West and East have done in Africa—in the name of the Cold War or unfiltered colonialism—it appears that no thought was placed in leaving African nations with sustainable infrastructures inclusive of adequate plumbing systems that would support healthy lifestyles.

Do you want to stop the spread of Ebola? The ability to wash your hands is a huge enabler. However, poverty prevents access to clean water.

Given the connection between Ebola, water and poverty, I hope the virus stays far away from Detroit.

But I guarantee you that the P-Word will never be brought up in all the US Congressional hearings, White House posturing, and other forms of blame and solution-seeking you will see over the next 18 days leading to Election Day.

And that thought reminds me of a Funkadelic song, once again…