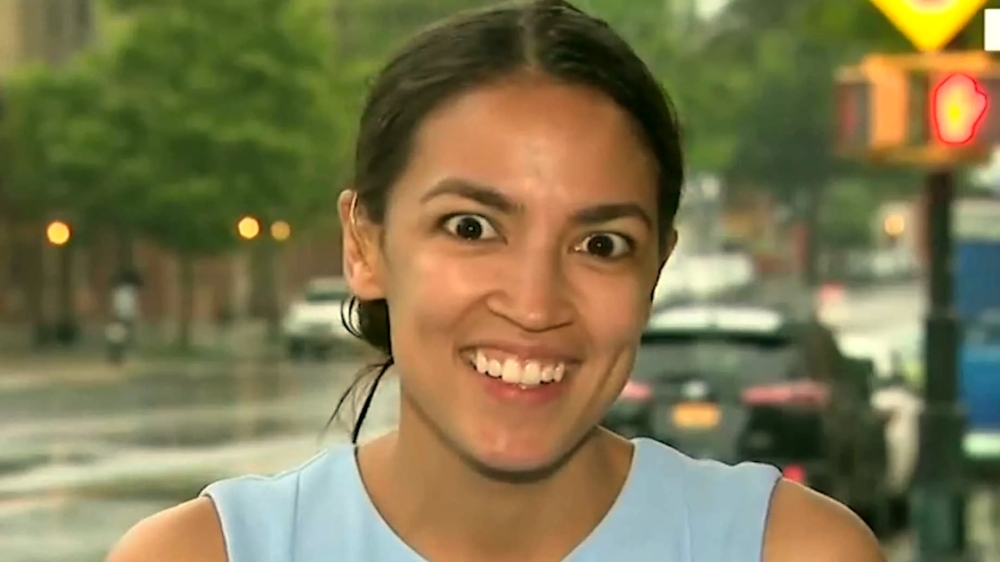 While I thought the I’m-not-your-Liberal-donor-class flow of Congressperson-elect Alexadria Ocasio-Cortez was a refreshing breeze from the stale bullets spit by the ruling corporatist wing of the Party of No Guts, my crystal ball didn’t predict an Ocasio-Cortez primary victory over Rep. Joe Crowley in New York’s 14th Congressional district.

However, I saw the seams bursting in this forcefully sealed bubble of contentment that led to Ocasio-Cortez’ win.

I told y’all more than two-and-a-half years ago, BEFORE the Party of No Brains decided Donald Trump will be their horse to win the White House, that the screw-the-masses leadership style of both parties — resulting in decades-long stagnant wages, and the lowest labor participation rate in decades after accounting for the new waves of retirees — have created pissed-off potential voters who’ve witnessed a marked deterioration in their quality of life.

These same voters have either seen or felt the movement of industries overseas; the introduction of new technologies without proportionate investments in jobs training for displaced workers; and the shift of commerce activity to China, India and other places.

For the moment, we’ll simplify this potential voting pool and divide them among two general groups: the pissed-off Right and angry Left.

The former saw promise in a Trump Presidency. Trump related to their decades of frustrations on a emotional level, and made policy promises of a wall, Muslim ban, other turn-back-the clock adornments of a different time in racist American society, and JOBS. No specific proposals, just JOBS.

The Progressives saw no such believable promise and stayed home. One can argue about how Hillary Clinton won the 2016 popular vote, but the fact remains that a not-so-trivial number of frustrated voters remained unconvinced that her promises were enough motivation to hit the polls with feeling on November 8, 2016.

And please, don’t talk to me about the 2009 Great Recovery. Read this.

My trip to the past is important, along with the political elite’s dismissal of Democrat Ben Jealous‘ recent gubernatorial nomination in Maryland; Chokwe Lumumba’s mayoral win in Jackson, Mississippi; Trump’s presidential victory; Occupy Wall Street movement; Sen. Bernie Sanders’ presidential campaig; the post-2016 internecine warfare within the Party of No Brains and the subsequent purge of the more Progressive members among their ranks.

Of course there are huge ideological and arguably moral differences between the events I described, but they all point to a common theme: matters haven’t been so lovely in the bubble and the elites, along with certain media outlets, won’t admit it.

Need more proof? let’s move forward to December 2016, nearly a month after The Party of No Brains’ electoral evisceration that shut them out of any significant standing in the White House and both House chambers. Minority Leader Nancy Pelosi surveyed the damage and said this:

I don’t think people want a new direction. Our values unify us and our values are about supporting America’s working families.

Let’s temporarily set aside the fact that America’s working families have joined the fate of their counterparts across the globe by experiencing the same decades–long financial siege.

If sufficient numbers of these workers believed in the leaders who are posing as Progressives and holding the steering wheel, why did the Party of No Guts get pimp stomped in 2016?

Hell, why did the Party of No Brains suffer the same fate eight years prior?

Let’s carry the misery experienced by these unseen American workers forward to January of this year, when now-President Trump proposed to increase the US defense budget from $634 million to $716 million.

The President got what he wanted. The Senate passed their version of the bill 82 (yay) to 10 (nay), while the House passed theirs 359-49.

Pelosi didn’t show much leadership among the minority. She didn’t vote.

But here’s the bigger point: America is okay with spending an additional $82 billion to deal with the smaller global actors that have spent much less money to earn their status as “threats” to the homeland.

But how about free or low-cost college so that graduates won’t have their financial lives mired in high-cost debt. What about lower-cost health insurance?

Pelosi didn’t dismiss those ideas; she just dismissed the political official proposing them — namely Ocasio-Cortez — by mitigating the meaning of the younger Democrat’s victory to the idiosyncrasies of demographics and zip codes.

I’ll call B.S. on Pelosi’s statement — especially since she’s referring to a state with one of the highest gini coefficients in a country that has one of the largest income divides among Western democracies.

And this is where I go back to the that number — $82 billion — and become sarcastically dismissive of Pelosi’s attitude: I guess darkies are the only financially-distressed folks who want free or low-cost college, Medicare for all, jobs training for a changing society and a dismantling of the mass-incarceration industry.

The elites and their media partners may want you to view events like Ocasio-Cortez’ victory as disconnected islands of protest, but I think you know better than that …