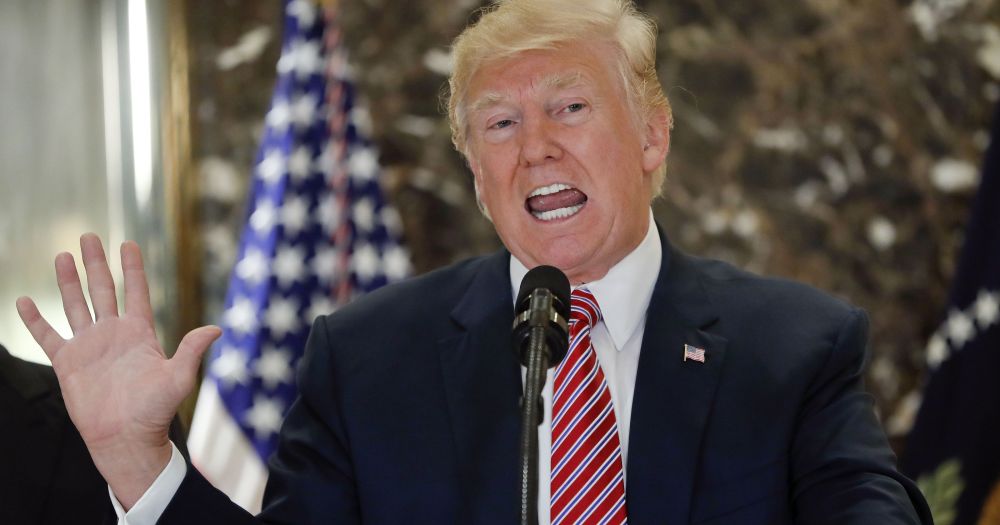 My main point about yesterday’s memorable press conference with President Donald Trump has less to do with his full turn of opinion when he reestablished air cover for his Alt-Right peeps by reincarnating his “Many sides” theory as an explanation for the death and racial violence this past weekend in Charlottesville, Virginia.

But I should at least state the obvious first: you now have more confirmation than ever that Trump either one of the most hateful and bigoted Presidents in US history, or is a perverse lover of all things racist.

We’re talking about a Jefferson Davis and Governor Orval Faubus chiilin’ on one of Trump’s golf courses — if they were alive today — kind of bigot.

A Governor George Wallace — well, the 1960s version — having dinner at Trump Tower kind of bigot.

The kind of bigot where Trump could feel at home sitting on an antebellum Southern porch with Jefferson Davis and drinking lemonade while darkies serve as ottomans.

The kind of bigotry where J. Edgar Hoover would shout an orgasmic “Brilliant” in response to Trump’s demonization of counter protesters to this kind of filth by using the term “Alt-Left,” thus placing those who oppose the continued existence of the Confederate General Robert E. Lee statue in Charlottesville on the same moral plane as the Alt-Right.

But you know all this by now. And that’s not the point of this piece.

I want to rap about how during yesterday’s epic media assault, Trump — through two analogies — offered his unfiltered opinion about whether or not the Robert E Lee statue should remain standing in Charlottesville’s Emancipation Park:

Jefferson was also a sexual predator who digged teen-aged girls, I must add.

The President then hit my responsive chord when he said:

Damn right, Mr. President. I agree. I WANT TO CHANGE THE CULTURE.

And the only change in history I want to see is the one that tells the truth.

America has a fixation with glorifying American invaders [PDF], colonists, treasonous insurgents and violent sojourners who’ve made their fortunes and reputations from the yoke of oppression.

A nation where a group of slavery-supporting insurgents get more post-war love than the Black Panthers, who never started a civil war, but was the focus of relentless infiltration and assassinations.

And until America comes to terms with its past and subsequently addresses the roots of inequality and injustice, we’ll sadly see repeats of Charlottesville.

So yes, let’s take down every one of these monuments to exploitation …