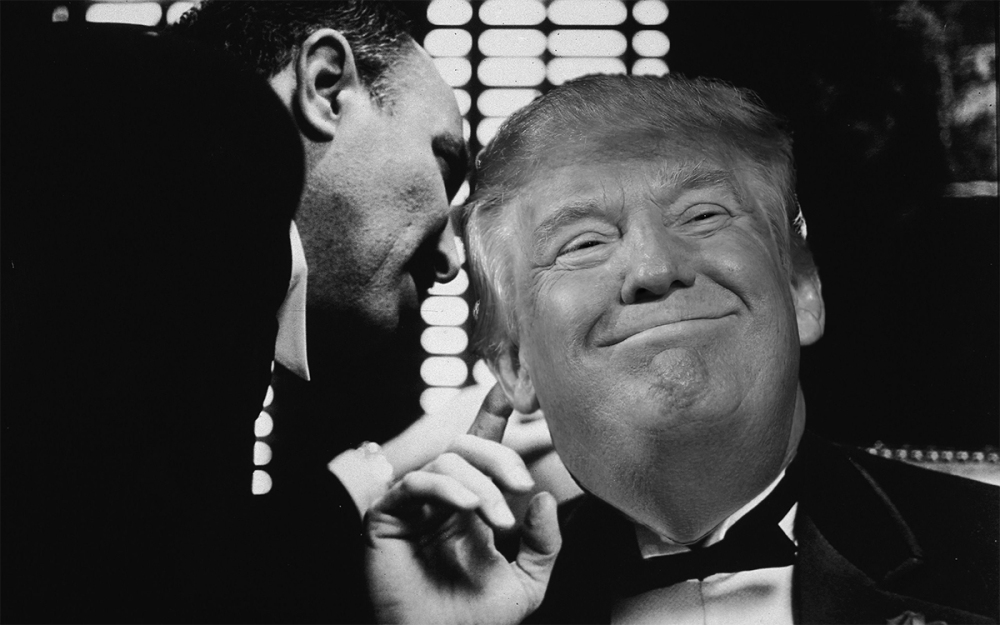 Who needs a script writer for the inevitable President Trump: The Movie when you have Comey?

A few moments later, the President said, “I need loyalty, I expect loyalty.” I didn’t move, speak, or change my facial expression in any way during the awkward silence that followed. We simply looked at each other in silence. The conversation then moved on, but he returned to the subject near the end of our dinner.

(Laughing) Makes me wish I were in the room with a Canon C-100 to create the sequence.

Either Trump is insanely confident in himself and tries to rock the Presidency as if it’s one of his real estate companies, or he’s just keeps it gangsta like that.

Or — he’s dumber than anyone has ever imagined.

Forget the Russia allegations for a moment — there’s still plenty of digging to do before a solid case of elections interference or collusion can be made — what Comey described in his multiple interactions with Trump looks like a textbook example of obstruction of justice.

Trump removed Comey from his FBI post on May 9.

What’s left to sort out is Trump’s intent or motivation.

Unless you’re living on that other planet …

Any bets on tomorrow?

Comey’s statement is embedded below …

View this document on Scribd