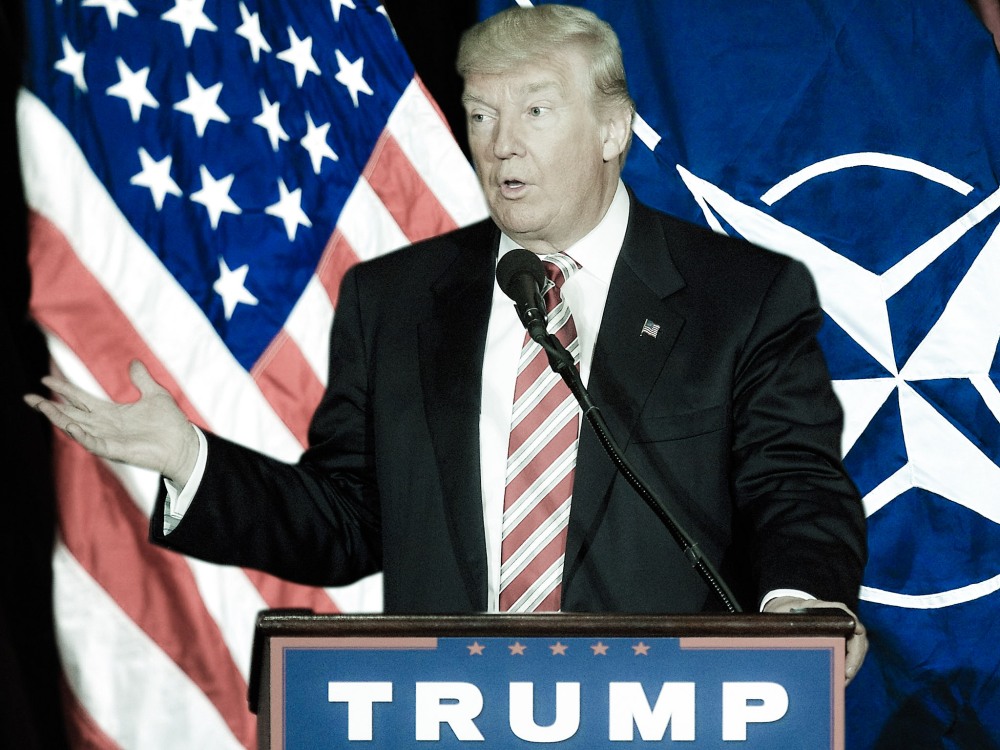 President Donald Trump’s recent trip to Europe reminds me of an episode from that Blind Date TV show: Trump returns home after the date thinking he’s slayed like no other president before him — (laughing) the best Europe’s ever had — while EU leaders feel resigned to look for another lover.

Therefore, it’s no surprise that Trump’s self confidence makes make him believe he’s earned the right to grab Europe by its puss (couldn’t resist) when he chastised them about those sub-two percent of GDP contributions to NATO over the years, and continued his climate change games when he pulled America out of the Paris agreements.

When I warned you many months ago about placing America’s energy, national security and economic future with a mercurial and hopeless dealmaker, you probably thought I was simply crafting prose for points.

Well, you now have evidence that [1] I wasn’t; and [2] a “deal” appears to be a permanent spot on Trump’s lens — making him too narrowly focused to comprehend, let alone address, the complex and strategic problems of geopolitics.

If Trump was the least bit intellectually curious, he wouldn’t spend so much time focusing on the two percent target as much as he should have asked “What does two percent mean?”

Does a 1.9% spend mean NATO countries have assured their destruction by future enemies, and 2.1% spells certain economic ruin by excessive government spending?

in other words, I would be more concerned with the components and outcomes NATO spending than hitting a benchmark for the sake of budgetary target practice.

Answering the questions I raised would call for a study to understand what should be those strategic investments, as well as the US’s role in them.

Trump could have weaved those thoughts into a thought-provoking speech to his NATO partners without causing much alarm.

But what kind of strategic depth can you expect from someone chasing after a two percent deal?

Before Trump closes this deal, he should understand the two big reasons — its armed forces and position as NATO’s largest funder — for why the US has earned the right to call most of the shots in that organization.

Let’s say Europe fulfills Trump’s desires and begins to carry its own budgetary weight in NATO, wouldn’t that mean the US should call fewer shots?

That’s a mind-blowing point Trump may soon regret the next time America wants to recruit NATO’s help in taking on overseas regime change adventures (e.g., Obama-Clinton’s Libya disaster) that are far beyond the alliance’s traditional scope.

More on that last point in a moment.

And if other NATO nations began to boost their financial commitments, could the US begin to lower its own? And would the US actually do it?

My back-of-envelope estimate says the US would see a nearly $300 billion windfall by decreasing its NATO commitment to two percent of GDP.

Don’t get your hopes up. Those training programs came from my wishful imagination.

Besides — and dare I bring this up — shouldn’t we have a talk about NATO’s serious case of scope creep?

How did this military alliance transition from serving as a barrier to the big, bad Soviet Union to overthrowing African countries and continuing to expand eastward to Russia’s border — EVEN AFTER the Soviet Union collapsed?

Nope, Trump’s not thinking about any of those things. He’s running after his two percent deal.

The Paris accord has become a similar deal-chasing mess. I’ll address that in my next post …

song currently stuck in my head: “loving you the way i do” – the voices of east harlem

One thought on “Trump’s Yuge European Failure — The NATO Chapter”