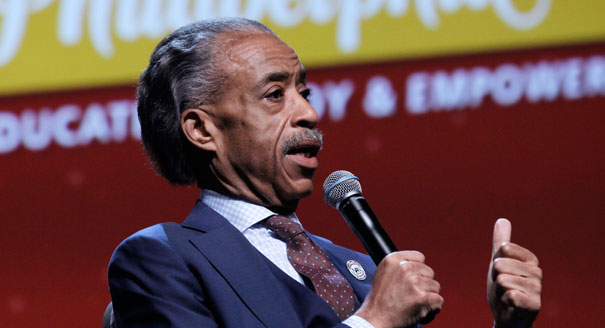 I had the good fortune of participating in Tanya Free & Friends’ recent year-end broadcast, where I offered a thought which may unsettle some of you self-labeled Black Progressives: Rev. Al Sharpton would be dead by now if he were Dr. Martin Luther King, Jr.

Looking back, I should have covered that concept with greater detail during the show, but I felt at the time that a surface discussion was sufficient. This post will go a bit further.

By 1968, MLK was a very different leader from the Montgomery bus boycott days. The transformation of his worldview, coupled by his large following, rocked the contradictory foundations of American democracy.

As long as MLK pursued issues which appeared to be of central concern to Americans of African descent, he would easily be dismissed by a large number of Whites as a troublesome, narrow-minded race-baiter.

However, King would appeal to an even larger number of Americans as he sharpened his focus on the lack of social and economic equality for all Americans. King juxtaposed this message with America’s choice to fight a controversial war in Vietnam—an overseas conflict which found America effectively waving the banners of democracy and freedom as justification for killing thousands of innocent civilians including children.

The resources America spent to fight an immoral war in Vietnam, according to King’s reasoning, could have been used to improve the lives of all Americans at home.

This transformation in MLK’s thinking made him one of the most dangerous threats to the .01 percent.

Imagine if Sharpton, who is considered President Obama’s go-to guy on racial issues, visited the Oval Office one day and said the following:

America — underneath the noses of most citizens — provided more than $1 trillion in loans to support a bunch of insolvent banks, in addition to the $700 billion TARP bailout program of 2008.

America also spent more than $4 trillion on questionable wars in Afghanistan and Iraq. And because of America’s half-azzed performance in spreading democracy and freedom in the region, it now has to spend even more money to keep both countries from failing under the reign of Islamic State.

What’s more, America will face a difficult time justifying its campaign to fight for freedom in Libya after it recently turned the once-wealthy African nation into a failed state. America will find itself in a similar situation when discussing the slow and deadly disintegration of Syria. We haven’t even touched on US drone policy in any level of detail.

And while America continues to spend money on wars which it considers just causes — with the Dow rising above 18,000 points — 33 percent of American children live in poverty; an increasing number of Americans live from paycheck to paycheck; middle class wages head nowhere, and the dire financial straits of Americans create an increased amount of racial tension and blame.

It’s time for America to declare a new fight for freedom, and I’m not talking about Anbar Province.

I don’t think Sharpton would be invited back to the White House after that. And the outcome could be worse…

Some of you will argue that Sharpton receives death threats today. Hell, MLK couldn’t exactly walk the streets alone at night when his priorities centered on integrating lunch counters. But King appeared to express awareness and acceptance of his imminent demise when he began to heighten the contradictions of American freedom and democracy.

But as I said on the Tanya Free and Friends show, Sharpton does not have to stand down because he’s not MLK. I believe communities of African descent should have many leadership voices. Sharpton should not be the only one.

What are your thoughts? Visit TanyaFree’s podcast and tell her what you think…