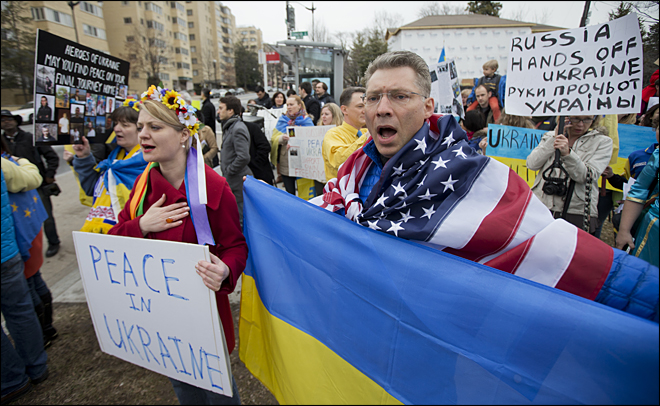 The Ukraine Freedom Support Act of 2014 is another piece of legislation the US Congress managed to push through before year’s end—in addition to that banking oligarchy-scented spending bill.

This should be Ukraine’s signal to run away…

Who—other than Congress—believes a bill authorizing President Obama to enact additional economic sanctions against Russia and provide the Ukraine army with lethal military aid, is going to make Russia crawl to a negotiating table?

My guess is that Russia will only become more resentful, and this new Cold War will remain with us for years. And possibly become worse. Then what?

I’m still betting that sanctions will ultimately not work. Russia will lose money, but this so-called isolation strategy by the US will force Russia to live in a world with new friends and a financial system—outside of the West.

And that would not be a good thing.

But I’m still stuck on this “Freedom” thing.

Unknowingly or otherwise, the US has used “Freedom” to describe the death and destruction you’ve seen in Iraq, Syria, Afghanistan and Libya. And this is only an abbreviated list.

If America’s version of “Freedom” was a car, the country would finally be brought before an international court and charged with selling death traps.