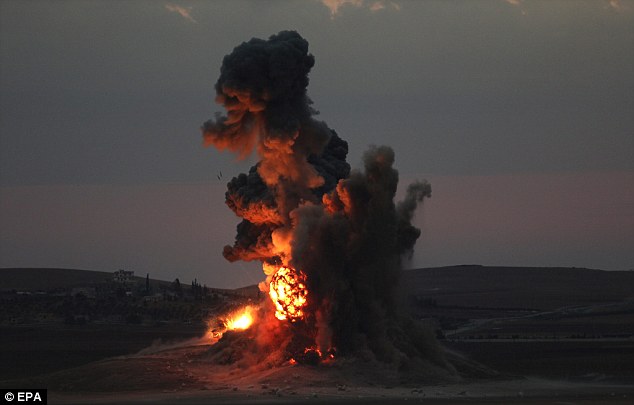 Depending on the media outlet you roll with for your daily dose of stories, you may get the impression that the entire balance of the America’s war against ISIL—where the latter has teamed up with additional extreme jihadist groups and moderate rebels to overthrow Syrian President Bashar Al-Assad, a leader America wants to remove from office—will be determined by whether or not the US can help the Syrian Kurds hold Kabane. Meanwhile, a joint raid by ISIL and Jabhat al-Nusra fighters on the Syrian city of Idlib resulted in the costly beheadings of 70 senior Syrian army officers.

That last piece of news reflects a hard reality about ISIL. 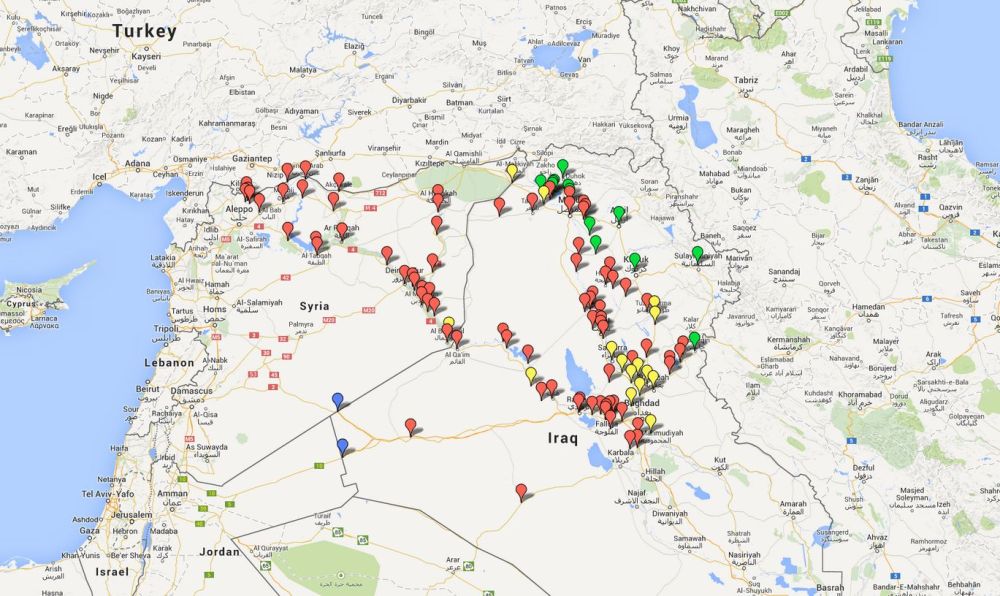 The Long War Journal put together a useful map of land in Iraq and Syria that are held by ISIL. The red pinpoints reflect ISIL’s footprint of control. The map changes often, but the current read shows plenty of momentum going to ISIL. I inserted a snapshot above and embedded the real-time map below, where you can zoom in or out.

While I still don’t see an ISIL invasion of Iraq, I’m beginning to think that Baghdad is at serious risk of being further destabilized, if that’s even possible. More on that tomorrow…

2 thoughts on “IDLIB’S NEAR FALL, OR HOW MUCH LAND DOES ISIL CONTROL THESE DAYS?”