THIS IS BIGGER THAN SNOWDEN

If you still kick-off any NSA or British GCHQ spy conversation by debating whether Edward Snowden is a traitor or whistle-blower, you’re missing the big picture.

Ordinary citizens like you and me, who have no intention of blowing up buildings or harming others, are being rounded up by a cross-continental electronic dragnet where – if it’s even possible to say at this point – the surveillance practice has shown signs of abuse and is spiraling out of control.

But that’s still not the big picture.

What gets us to the big picture is when British authorities forced staff members of The Guardian news organization to destroy hard drives supposedly linked to information leaked by Snowden.

Such an act by the British government means we’re pissing any Western ideal of democracy down the sewer.

How can the British lecture China, Russia, Zimbabwe or any other country about human rights after it coerced a news group to destroy information?

Dig on this for a moment – this is no different from a book burning, except this is 2013 and we’re talking about hard drives.

Most book-burnings are ideologically driven. That means forcing journalists to destroy hard drives easily reminds me of a few images… 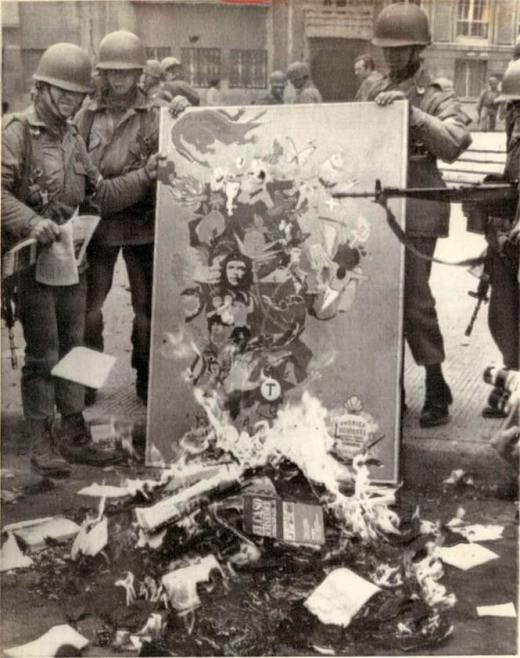 Chile’s 1973 book-burning under the Pinochet regime…

Or how about the book burnings in Stalin-era Russia, the Library of Congress torching by British troops, the 1990’s book destruction in Bosnia by the Serbs…