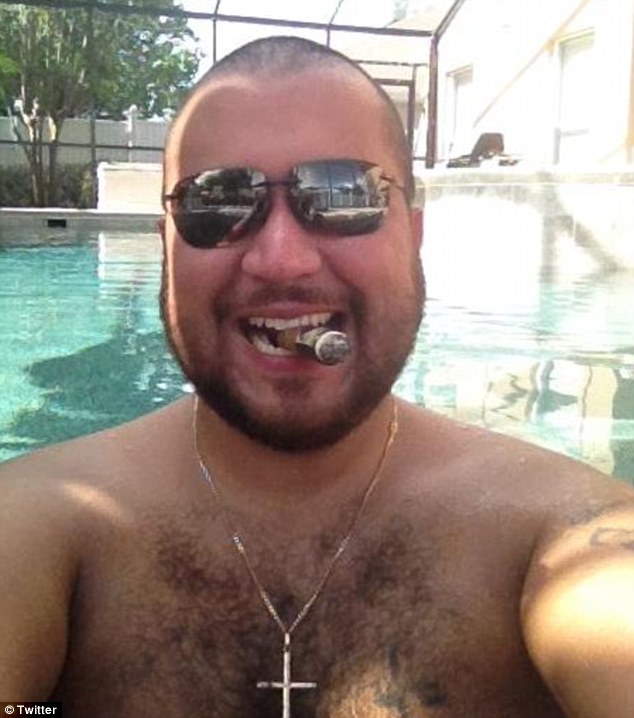 I didn’t want to spend too much time discussing George Zimmerman’s decision to sell the gun he used to kill 17 year-old Trayvon Martin, since doing so only contributes to his public relations platform.

But I want to point out the important and converging symbolism in what Zimmerman is doing when he referred to this gun as an “American Firearm Icon” and a “piece of American history.”

What piece of American History is Zimmerman referring to?

Or thinking more holistically, what is that greater piece?

Whether or not you believe Zimmerman justifiably killed the teenager on the evening of February 26, 2012 because the latter presented a threat to Zimmerman’s personal safety, an undisputed fact is that Martin witnessed a strange adult in the form of Zimmerman stalking him that evening in the moments before a 9mm bullet tore through his chest. We know this from Martin’s final phone conversation almost immediately prior to his fatal confrontation with Zimmerman.

Another undisputed fact is that Martin’s fear of becoming prey to an unknown outcome presented by the stranger caused him to run, with Zimmerman in pursuit.

Since there’s no evidence of Martin committing a crime or exhibiting criminal behavior during the evening of his death, Zimmerman’s decision to follow and subsequently chase Martin was born from whatever socially-biased programming Zimmerman decided to leverage that evening.

Let’s say this differently: Zimmerman perceiving criminal behavior from Martin without ever witnessing such behavior exhibited by the teen is a biased decision.

Martin’s fear from being chased ultimately resulted in his decision to confront his adult-aged pursuer.

That confrontation resulted in Martin being shot and killed.

I don’t know if Zimmerman is a poet, but his gun auction plans eloquently presented you with a retrospective of America’s history of lynchings.

A history steeped in the blood of African descendants in America, maimed or killed for scores of years, because they were viewed as threats or accused of crimes they did not commit.

A history where white terrorist groups or self-appointed neighborhood safety patrols lynched African descendants and others without legal consequences.

A history where despite the existence of a rights-granting Constitution and passage of two civil rights laws from 1866 and 1875, the US Congress not only debated with itself about the need to pass legislation which outlawed lynching, but they also allowed the initiative to die along with the hundreds of people the bill was designed to protect.

Zimmerman’s acts channel the spirits of those murderers. He may as well throw a noose into his auction for a special premium.

And along with expressing his feelings of being “honored and humbled” for stalking and killing a Boy, he ended his auction description with “Si Vis Pacem Para Bellum,” Latin for “If you want peace, prepare for war.”

I see Zimmerman’s lyric. And it doesn’t spell a promising future for race relations in America …

Note (13 May): for some strange reason, my post was removed from being published on WordPress last night, and much of my copy and photos were stripped away. I recreated that post and posted it again, with only slight changes. Since then, Zimmerman’s gun has been removed from GunBroker.com and placed on United Gun Group’s site for auction. And what a wacky auction …