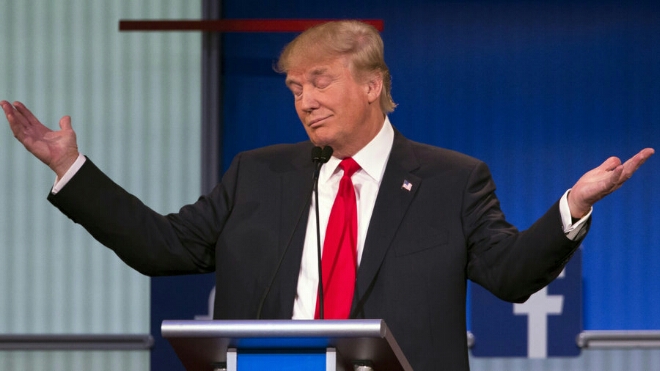 (Laughing) After Thursday night’s Party of No Brains Presidential debate,  are you ready to call Donald Trump’s campaign a damn thing yet?

I made this pre-debate assessment about Trump’s chances for staying in the race:

…if Americans saw a President in a man known more for his acting ability than his public policy chops in 1980, then Trump’s shot at being nominated by his party aren’t so far-fetched. The enabling assumption here is that Trump doesn’t push his luck and do something extraordinarily dumb.

(Laughing) Okay, relative to the cast of characters he shared the stage with.

And Trump’s failure to fail spectacularly by now probably has the PoNBs leaders scratching their heads.

It’s too early to call how Trump would perform in a general election—although current polls don’t give him much of a chance—but traveling down that alley of thought misses the larger point: a not-so-trivial number of Americans want someone like Trump—if not the man himself.

Kasich and Rubio gained the most.
Bush and Walker were neutral.
Trump did fine, but his act will wear thin.

Instead of waiting for Trump to stumble, we should think about the citizen forces which have helped his campaign succeed so far.

To understand these forces at work, read my earlier post about Trump which attempts to explain why Americans are searching for a modern-day American hero to save them from their case of spiraling cultural pessimism.

I’ll use this post to cover an additional force: America’s love for all things wealthy and famous.

Even if the Great Recession and the decades-long death trend of upward social mobility have caused many Americans to doubt their chances of getting ahead and redefine the idea of success as happiness over wealth—that is if they don’t define success as the ability to keep from falling behind—Americans have an unhealthy fascination with wealthy people. 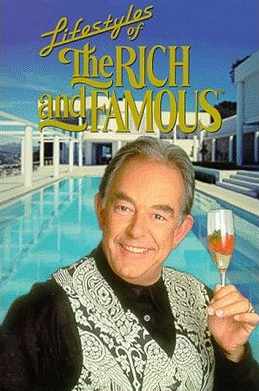 The search results will clearly show you that wealthy lives matter more in this land of milk and honey.

And since the vast majority of Americans are not rich, but appear to be fascinated with the lives of rich people more than those of the less affluent, what does that tell you about how many Americans think?

(Laughing) Being famous also counts in this country. You could make millions of dollars as an actor, decide to star in only low-budget movies going forward, still make significantly more money than your average moviegoer, but that same cinema fan may dismiss your new career choice as the product of being washed up!

As long as Americans view the rich and famous and famous as the most direct descendants of deity on this planet, billionaires like Donald Trump will continue to command eyes and ears—whether he’s in the White House or buying politicians…