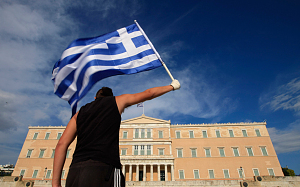 How’s this for a surreal landscape within a modern Western economy: people who have Master’s degrees live in homes with no heat and electricity because their jobs as coffee shop servers make home utilities luxury items; minimum wage has dropped by 40 percent; the dire economic circumstances have sparked a meteoric rise in adult suicides; in addition to the three-fold rise in the number of homeless people, 60 percent of the country’s citizens are either poor, or are living at the risk of sliding below the poverty line.

This is no dream. Meet 2015 Greece—after austerity.

Pre-Great Recession Greek politicians and bankstas created this modern tragedy, and now the European Commission, the International Monetary Fund and the European Central Bank—also known as the Troika—want to finish the job by implementing or maintaining policies which will turn Greece into a financial colony.

Yep , I said the C-word. Read on and you’ll understand why. 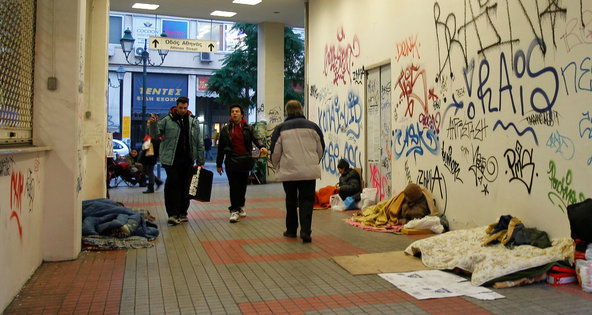 It’s easy to blame Greece’s current problems on a bunch of Greek post-Euro integration enthusiasts living beyond their means, point to the country’s investment duds like the 2004 Olympic games as examples of dumb excess, and then say everyone in Greece must share the resulting financial burden.

But contrary to politicians’ rhetorical mind games, we need to make clear distinctions between household debts and debts carried by nations. A Greek citizen armed with a credit card going on a shopping spree in the Apple Store does not drive up the nation’s debt level. As with the previous example of the 2004 Olympics, private sector oligarchs used taxpayer money to realize private financial gains while saddling the same taxpayers with all the debt and financial downside risks from these so-called investments. This kind of foul activity will suck most government coffers dry.

And wouldn’t the banksta lenders to Greece possess enough intelligence to know that the pre-Recession projects pursued by that country would be failures? It’s not like no one’s ever heard that the idea of hosting the Olympic games is an economic fool’s errand.

But the bankstas didn’t care—especially when they have collection agencies like the EU, IMF and ECB!

This is where the familiar game of colonization by austerity comes in. The Troika is only concerned with making sure the banks get paid for these dumb investments—to hell with citizens living in streets or jumping out of windows. How can any nation become prosperous or avoid becoming a financial colony if it has to reduce government budgets, cut wages, sell public infrastructure or agencies to global oligarchs, and disintegrate large swaths of pensions owed to citizens–all in the name of paying back bankstas? 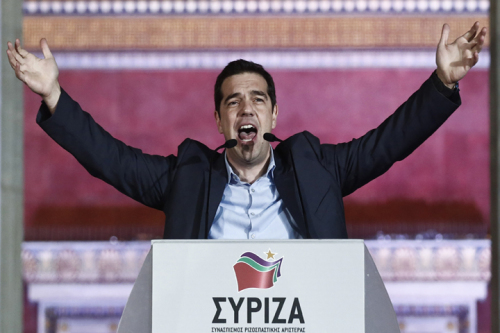 New Greece Prime Minister Alexis Tsipras has seen this banking squeeze game  played in various forms across the world, and his administration aims to prevent Greece from becoming another victim.

But it appears to me that the EU is composed of two groups—the pimps and the pimped. A handful of countries need other countries to serve as consumers, suckers for lending schemes, privatization ripoff targets and perhaps cross-border sources for cheap labor.

Greece’s current debt negotiations with the EU are critical. Should Team Tsipras capitulate, austerity will win, the colonization will be complete, plus more Greeks will lose hope and die.

A Juarez-style stance by Greece would not only send shockwaves throughout the EU and beyond, but the possible outcomes are also large unknowns. Greece could walk away from the Eurozone, or be gradually tossed out by Germany. The Troika would declare a liquidity war against Greek banks. Plus additional nations would take a stand against these global loan sharks. In any case, the banksters will lose plenty of loot, which means that Germany wishes to avoid a Greece exit.

Greece, its international creditors and the Euro – Economic & Political Weekly

The impact of economic austerity and prosperity events on suicide in Greece: a 30-year interrupted time-series analysis – BMJ Open

Do the Olympics boost the economy? Studies show the impact is likely negative – Daily Beast

Over half of all [Greece] households in poverty or at risk thereof – Ekathimerini.com

One thought on “PIMPS AND THE PIMPED: GREECE’S AUSTERITY BATTLE WITH EU”