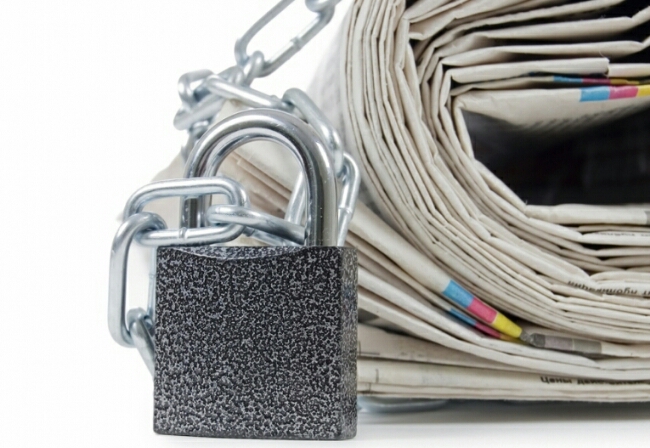 Reporters Without Borders released its 2015 World Press Freedom Index, and has ranked America the 49th most free nation in the world—a deterioration of three places since the previous year. 180 countries were ranked.

To phrase this differently, there are 48  countries ahead of the US where journalists and netizens feel more free to write about politics, society and world events without the fear or risk of being harassed, censored, jailed, abducted, or even killed.

Sure, this wouldn’t be news—for right or wrong reasons—if we were talking about North Korea since everyone expects that crazy country to always hit near the bottom of any kind of freedom or wealth list. DPRK weighed in at #179, by the way.

But we’re talking about America, which is currently fighting for freedom in Ukraine, Libya, Iraq, Syria, Yemen, as well as other liberty-challenged countries across the globe. And this self-appointed democracy sheriff ranks behind Jamaica, El Salvador and Slovenia?

It’s not difficult to figure out how America earned its current press freedom standing in the world when you recall incidents like how the federal government tried to pressure NY Times reporter James Risen to disclose his sources which helped him to write about the CIA’s operation against Iran’s nuclear research program; the government’s handling of the NSA surveillance artucles written by Glenn Greenwald; how Al Jazeera journalist Abdulelah Haider Shaye was jailed and then accused of being an al-Qaeda collaborator—at President Obama’s urging—after Shaye linked US airstrikes to the deaths of dozens of innocent Yemeni women and children; how the Obama administration has pursued leaks and whistle-blowers in the courts harder than any US President in recent memory.

In fairness, US press freedom rankings sucked wind during the years of Bush the Second as well.

Assuming the Reporters Without Borders report is accurate and the US still calls itself the Land of the Free, a legitimate question to ask is whose freedom is being protected?

Hit me in the comments section if you have an answer…