“Every time you see me you want to mess with me! I’m tired of it; it stops today.”

That was one of the last sentences spoken by Eric Garner before New York City police officer Daniel Pantaleo choked the life out of him. Pantaleo has walked away without being indicted for Garner’s death.

But what hasn’t stopped is the image burned into my brain of Officer Pantaleo’s left arm pressed against Eric Garner’s throat, denying the latter’s access to oxygen, thus prompting Garner’s repeated pleas: “I can’t breathe.”

Let’s throw away the phrase “illegal chokehold” to describe Officer Pantaleo’s actions unless you can show me one that’s legal.

I cannot choke my dog—particularly if the dog showed no signs of aggression—and not expect to be charged with a crime.

Similarly, I can’t choke my neighbor.

The NYPD’s regulations are set at a higher standard than the law since officers are never permitted to use chokeholds, even if their lives are in danger.

Meanwhile, Garner threw neither an elbow nor a punch—even when the crook of Palateo’s arm continued to apply leverage against Garner’s throat, and additional officers joined in the killing by applying pressure to Garner’s head and torso with feet, knees and hands.

I became fixated with these images of Garner’s introduction to death led by Officer Palateo’s Crooked Arm of the Law, because they look like something we’ve seen before.

The Arm reminds me of the second episode of Star Trek’s second season—The Gamesters of Triskelion—where Captain Kirk, Lieutenant Uhura, and Ensign Chekov were abducted and fitted with collars which could not be removed, and can cause serious injury or death when activated. 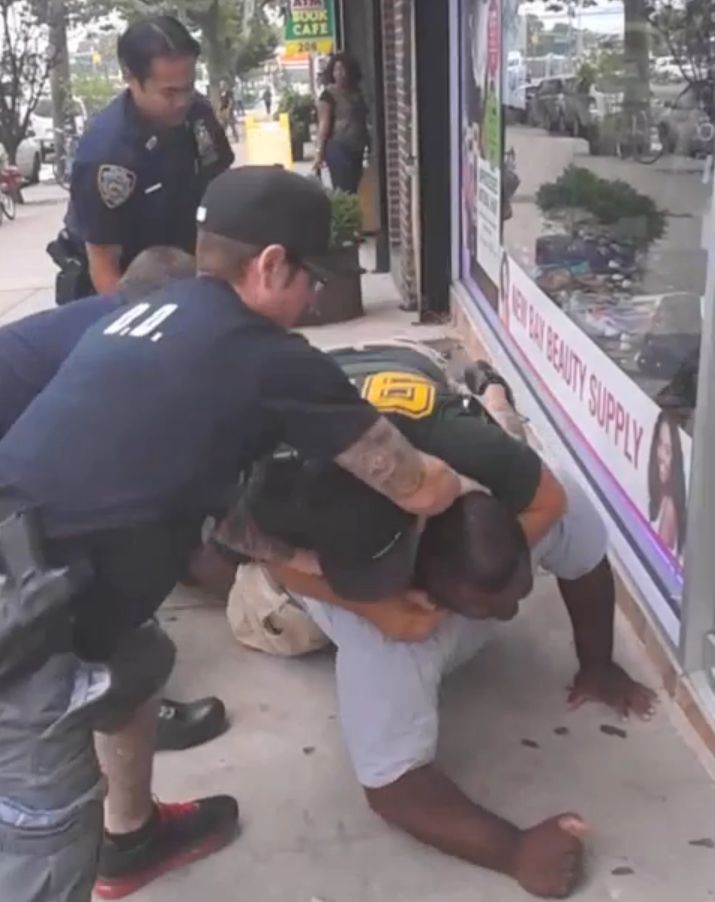 I would argue that we all have the same death collar around our necks.

We saw this collar activated 38 years ago last week, when NYPD officers responded to a call in an East New York housing project. 13-year old Randolph Evans asked Robert Torsney, one of the responding officers, what happened.

Officer Torsney’s answer was to shoot Evans in the head at point-blank range.

Torsney’s defense for his actions couldn’t fit into the Black Folks are Effin’ Dangerous so We Must Kill for Precautions’ Sake narrative—after all, we’re talking about an unarmed 13-year old who simply asked a question—so Torsney blamed his decision to terminate Evans on a lingering epileptic condition that seemed to have evaded detection by Torsney’s employer all those years.

The defense strategy proved to be a success—a jury found Torsney not guilty by reason of insanity. From what I hear, Torsney has since been cured of his mental illness.

The collar of Clifford Glover, a fourth-grader, removed him from the earth in 1973. His collar’s activator, NYPD plainclothes officer Thomas Shea, approached Glover by car and shouted “You black son of a bitches!” before pressing the remote “kill” button. By the way, Shea used the Black Folks are Effin’ Dangerous so We Must Kill for Precautions’ Sake defense strategy and was acquitted.

Amadou Diallo, an innocent unarmed man, earned his collar fate in 1999 by carrying the wrong color wallet while running from the police. 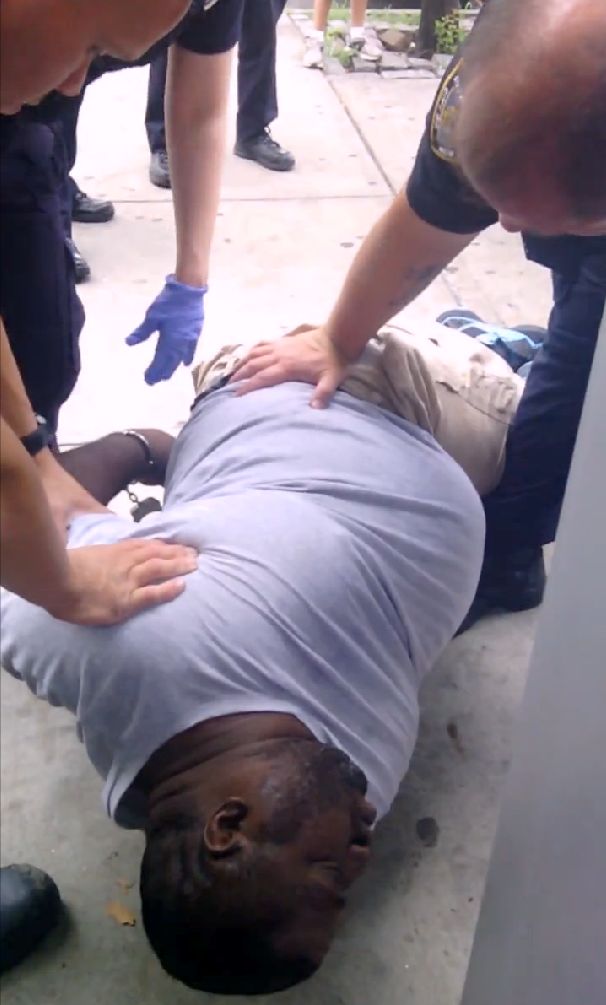 The collar activations continue to this day.

How does it feel to wear this death collar, and understand that tomorrow could be the day that someone activates it to save the rest of the world from you?