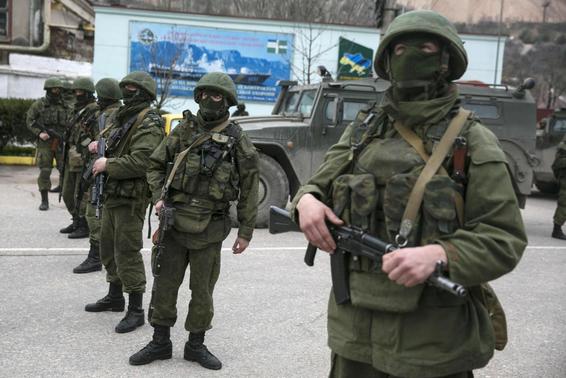 With Russia’s endorsement and the curses of the European Union, Ukraine and America, Crimea will use the ballot box to decide whether or not it will be a part of Russia.

And America is still running with the story of how Russia’s Crimea takeover is an illegal act worthy of sanctions!

Yeah. Good luck with that two-shaded version of the half-truth, those sanctions, and that case of amnesia.

Halt — put a pause on the “Either you’re for us, or against us” spin. I don’t endorse Russia’s actions either.

But think about how the US would feel if China and Russia used a 2014 version of the Warsaw Pact to make subtle moves toward managing regime change in Mexico? The US would go bonkers.

In my last Ukraine post, I only alluded to the point I’m about to make in full today: the US, while witnessing the collapse of the Soviet empire back in 1990, verbally promised the latter that NATO would never expand past East Germany, subsequently poached a dozen countries for NATO membership – with most of the expansion coming from former Soviet Union territories – and then treated Russia like a jilted customer without a receipt by more or less saying, “Well, that promise was never in writing. Do you have a treaty to show us as proof?”

You can call Russia triflin’ to hold a quarter-century grudge, but part of the bottom line is that Russia never forgot. And the country is stronger today than it was back then.

There’s another part to that bottom line. Remember Victoria, “F**k the EU” Nuland? Listen to that infamous phone conversation again. It sounds like Nuland was discussing with the US Ambassador to Ukraine her desires, if not outright designs, for what regime change should look like in Ukraine. We already know that America’s pick for leading Ukraine is Arseniy Yatsenyuk, the interim Prime Minister, who happens to not be fond of Russia’s inked 2010 agreement to maintain its naval base in southwestern Ukraine until the year 2042.

Nuland’s remarks helped to fuel the suspicions by some folks – including Russia President Vladimir Putin – that some entity from the West, or an entity dispatched by the West, spent money and effort to make regime change in Ukraine a reality. And we still don’t know who orchestrated that vicious sniper attack in Kiev (BIG WARNING: that last link contains graphic violence).

I don’t think Russia would care so much about who runs Ukraine or who the snipers are when compared to its worries about whether its naval base in Sevastopol will be booted out by the new Ukrainian regime.

Which makes me begin to think a bit harder about America’s involvement in Ukrainian politics and how those activities backfired. Perhaps the US clumsily made plans for the Russian fleet’s future in Ukraine through the installation of an anti-Russian regime, but never figured that Russia would respond by sending in troops?

If this is true, or at least if Russia believes this to be true, I wouldn’t be surprised if Russia takes a larger chunk of Ukraine in the future.

As for those sanctions, Europeans need Russia’s natural gas. I can’t envision sanctions taking place or taken seriously by Europe or Russia.

song currently stuck in my head: “soul searchin’ (i wanna know if it’s mine)” – me’shell ndegeocello

This entry was posted in Uncategorized. Bookmark the permalink.