Posted on September 3, 2013 by mentalunrest 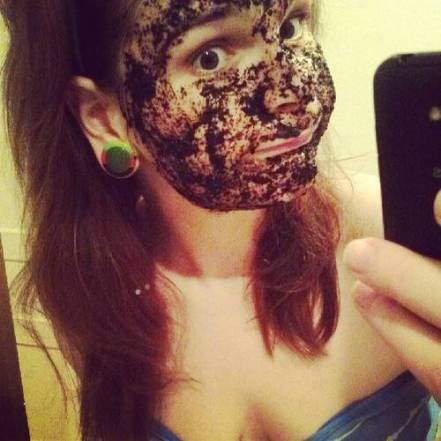 The idiot in this photo wrote:

“This is my ‘nigga facial scrub’. It’s coffee with lemon juice and honey, this treatment will leave niggas 100 percent jelly of yo silky skin smoothness. #FaceScrub #Rasta #Plugs #LonelyWhiteGirlMoments”

Some of you will have a predictable response to this. I call it the ‘You Should or Shouldn’t’ Solution to all Black Problems.

For instance, some of you will look at the photo above and dismissively say “You shouldn’t call yourselves N***as and this wouldn’t happen!”

When we’re followed around in stores by security guards: “You shouldn’t dress so damn hood-ish and nobody would follow you!”

When we talk about racial violence: “You should look at how your own people kill each other first!”

On income disparity: “You should stop being so lazy and waiting around for a handout!”

Incarceration: “You should keep your fathers in the house!”

Yeah, the part when the reasons become repetitive is a sign that the self-credentialed life coaches ran out of stuff to say.

Of course you know I meant to say something other than “stuff.”

C’mon, this stuff is so silly, that you have to laugh.

There’s a mystical belief that black folks can start wearing tuxedos or gowns tomorrow, call each other ‘Madam’ or ‘Sir’ all day, and then watch all the disparities in the world magically disappear. And as an added bonus, the idiot in this photo will stop making blackface shots.

I’m not saying black folks have no responsibility in owning their futures. I’m just reminding some of you that magic suits and dresses don’t exist…

This entry was posted in Race, Society and tagged Race, Racism, Society. Bookmark the permalink.