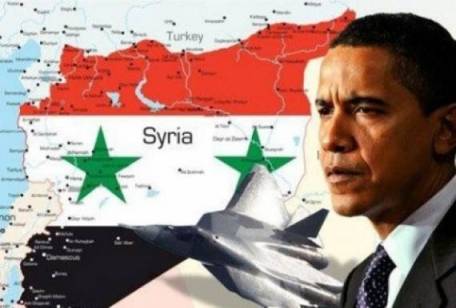 Short of telling me that President Obama has decided to lob bombs at Syria to punish Assad for using chemical weapons on civilians because someone is pointing a gun at Obama’s head, I have to think he and his national security team are bonkers.

Or…Washington’s war planners have selective memories about what crimes against humanity look like.

What would you say about the CIA hitting a suspected terrorist with drone missiles, and THEN attacking the rescuers?

Or when the US hit Iraqi civilians with bombs containing depleted uranium?

How about the time when a friend of the US attacked civilians with phosphorus bombs?

You can’t call these attacks “Love for Humanity.”

It’s becoming harder than ever for the US to hide the fact that it has wanted regime change in Syria for years, and this sudden Love for Humanity is a façade.

Aside from Team Obama, no one wants a US military strike except for a small minority of the world community which includes Saudi King Abdullah and his intelligence chief, Bandar bin Sultan — and we know the intentions of the last two.

There’s no solid evidence that President Assad’s army gassed civilians in Ghouta on August 21, and there’s reason to believe that Bandar bin Sultan, theoretically Washington’s friend, supplied the rebels with missiles containing chemical agents. Then there’s the YouTube video of the rebels firing missiles on the night of August 21 from a city they hold to Ghouta, another rebel-held city.

Besides, why would Assad need to gas anyone in Ghouta when his army was making advances in pushing out the rebels?

Then there’s this, and this…

A military campaign can permanently screw-up everything. The US bombing the Syrian military to the point of incapacitation means the Syrian government falls, the jihadist-infiltrated rebels take over, and we’ll have Afghanistan 2 – the Syria Chapter. If Assad’s army retaliates, the US will bomb even harder and we still arrive at an Afghanistan remake.

There’s every reason to believe that a US strike in Syria will inflame sectarian tensions and create a larger war. For example (via Reuters):

“All their interests and facilities in Iraq and the region will be targeted by our militants if the United States insists on attacking Syria,” a spokesman for the Iraqi militia group al-Nujaba’a told Reuters by telephone, without giving details.

As if there’s no shortage of reasons to give this Syrian missile treatment more serious thought, Joint Chiefs of Staff Chairman Martin Dempsey warned in a congressional hearing that picking a fight with Syria is going to be expensive and likely protracted with “unintended consequences.”

Meanwhile, President Obama has ordered up additional ships to hang around Syria, and he met with congressional leaders today to convince them that US Missiles against Syria is a moral cause…

One thought on “BEFORE THE BOMBS FALL ON SYRIA…”