Posted on August 1, 2013 by mentalunrest 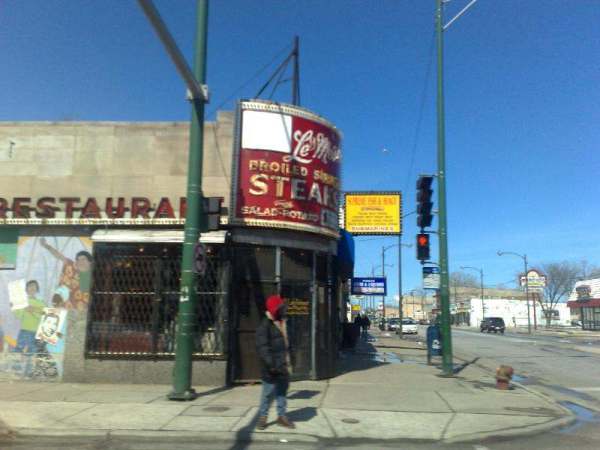 Folks, I understand why the mainstream media feels motivated to distill complex issues like the social crisis in American communities of African descent to consumable sound bytes and binary solutions – with partial thanks to Don Lemon and the clownish antics of Matt Patrick and Quanell X – but why are we willing to drink the dumb punch every time?

Perhaps a more intriguing question is: why do most discussions about how to handle the problems in the Black community seem to stop when one side wants to blame institutional racism for the crisis while the other side wants to blame Blacks’ supposed culture of violence and emulation of celebrity thugsism?

This debate isn’t even close to being new.

When I was 15 years old, a substitute high school teacher sparked a lively classroom discussion by saying that “ghettos are created by black people,” and that “Black-on-Black crime exists because Black people despise each other as well as their communities.”

During the same time, the pastor of my church used to say that “Black-on-Black crime is ‘White-folks-on-everybody’ crime,” meaning that institutional racism creates the conditions ripe for low self-esteem and crime.

Do we really want to eradicate the crisis in the black community? Do we even have a common thought about what that crisis is? In any case, here’s a good first step – remove the unhelpful binary lens.

The next step is to chuck the myths and either-or arguments. Black folks are not smoking all the crack and crystal meth. When I last checked, White folks are the major drug consumers. More broadly, FBI statistics show that whites commit overwhelmingly more crimes than black folks with the exception of robbery and gambling. Okay, blacks commit more murders by margin that sits below two percent.

A big difference is that Blacks get caught and placed in jail more often, no surprise since law enforcement officers practically live in black neighborhoods to watch for crime to happen. Black folks stay in jail longer than Whites for the same crimes commited [PDF], which doesn’t help recidivism one bit.  Studies show that poverty is a bigger driver behind crime than race is, so the large amount of poverty in Black communities will drive the kinds of behaviors no one wants.

Still, you can’t ignore the social crisis in Black communities. The absence of Black male adults in communities provides fewer positive examples for youth to follow. Therefore, they will conjure up their own heroes. When did Black folks writing and speaking English become perceived as “acting white” – an undesirable behavior amongst some community members – but probably one of the most important skills required to break the poverty cycle? One of my friends who lives in Atlanta’s predominately Black (for now) West End section was accused of being white not because he went to college – since he never spent a day in a college classroom – but because he likes to watch foreign movies! Who in the hell has declared that a ban on reading, writing or watching 3-Iron on Netflix makes you legit with the Black race? I can write a separate post on the number of sad perceptions made by whites about Articulate Negroes…

Like most societies where there is a disenfranchised underclass, a slave mentality develops where there’s a great deal of resentment among some members of the underclass toward each other, as well as a degree of envy and resentment toward the so-called privileged class since “moving up” is highly desired (I generally hate using parenthesis when I write and I think I’ve used them for this post more times than I’ve used them for the past three years, but I promise to rap more about that so-called privileged class some other time). This phenomenon happens all over the world.

Meanwhile, there have been few generations of Black families whose ability to build communities and create wealth has not been disrupted by social policies which support inequality and practiced by the government or private sectors. The suburbs were created by federal home loan guarantees to World War II veterans and their families while many Blacks were shut out of this tremendous economic transformation. Ghettos were created practically overnight. There’s still disparate school funding in communities across America; we still see predatory lending practiced against Blacks and Latinos who are qualified to receive loans. Disparate prison sentencing along to racial lines, coupled with the so-called War on Drugs that seemed to target black men, destroyed families for years. Health care treatments can differ by race. I’m not willing to buy the idea that the Party of No Guts or the Party of No Brains have the answers since each has taken over Washington at some point during the past few decades and we’re still talking about the same problems.

So, what are the solutions?

I don’t like long posts, so I’ll save them for later. I’ll just warn you that they move beyond Black and White…

This entry was posted in Uncategorized and tagged Black on Black Crime, Race, Racism, Society. Bookmark the permalink.

1 Response to WHOSE BLACK CRISIS? PT. 1