It appears that Baltimore Mayor Stephanie Rawlings-Blake is lost in her isms and schisms over what to call the small fraction of the thousands of protesters who burned and looted parts of Baltimore in response to Freddie Gray’s death at the hands of the police department.

Mayor Rawlings-Blake first called the firestarters kids in need of time and space to express themselves, which was followed by the Mayor calling them “Thugs” and has now resulted in an apology for T-bombing these youngsters. 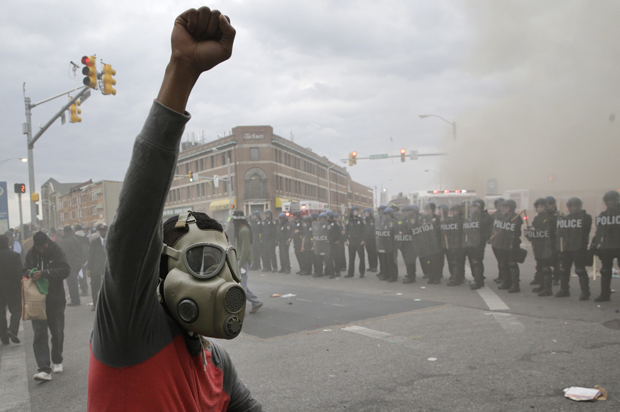 And while the press attempts to corner elected and appointed leaders of African descent into assigning labels and memes to the current rebellion and its rebels, Baltimore is burning—or rather, simmering vigorously until the next explosion.

Speaking of memes, it’s almost funny how the nation is quick to say these rebels are destroying their own communities during times of domestic conflict when decades of social policy, including federally-sanctioned racial and economic segregation, made the residents of Black Baltimore feel as if they were unwanted tourists during peacetime. 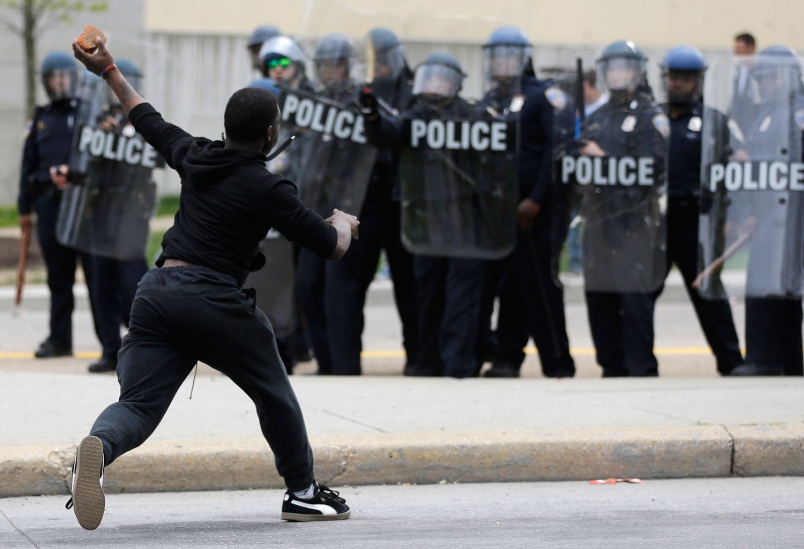 Would you throw a brick at something you felt was yours?

Would you burn your Mother?

Would you destroy your job?

Would you tear apart you own clothes?

Do you think, if only for a moment, that the people of African descent in Baltimore don’t feel as if their communities belong to them? 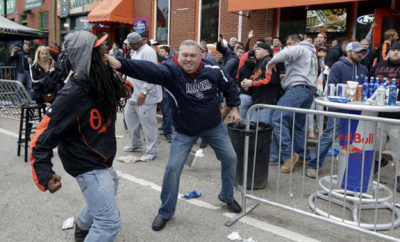 Does the 37% unemployment rate among Black Baltimore youth support a feeling of community ownership?

Does the predatory bank loan attack on Black Baltimore support a feeling of community ownership?

Does adding insult to poverty over the years by deploying Baltimore’s hyper-aggressive police department to brutalize Black pregnant women and 87-year old grandmothers support a feeling of community ownership? 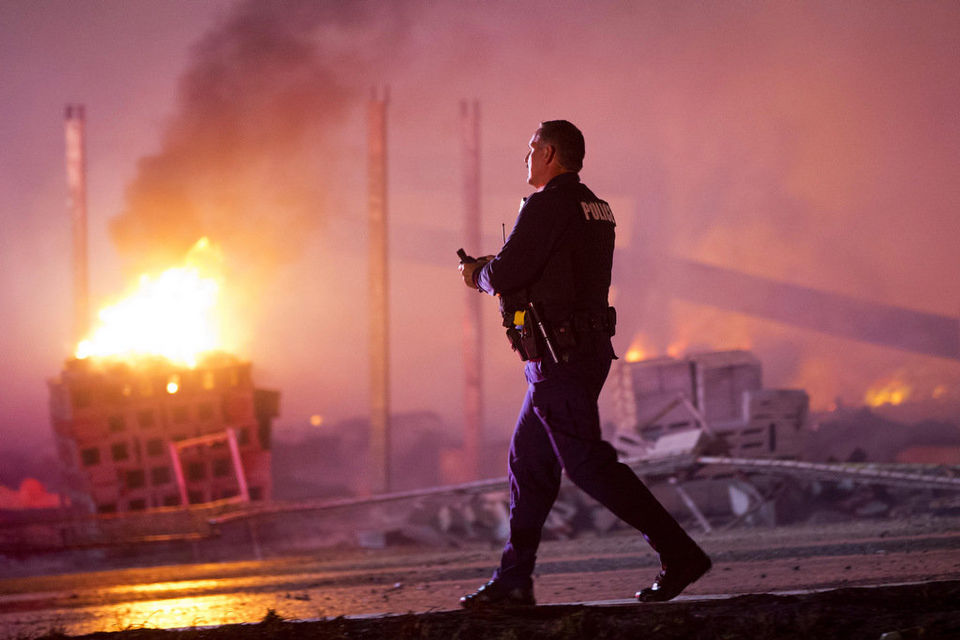 But do you think, if only for a moment, that gaming politicians and their media fan club members want to discuss anything about Black Baltimore that’s deeper than a single mother of six going upside her rock-carrying son’s head, or when is the proper moment to apply the title of “Thug?” 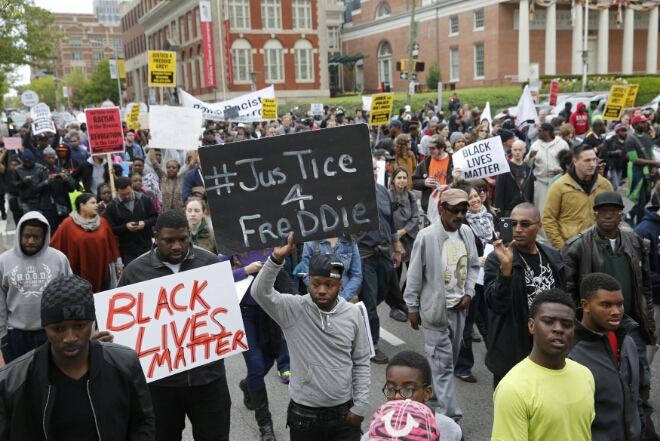 It’s easy to get caught in your isms and schisms when discussing decades of bad social policy seems much harder to do.

In case you’re wondering, I think the tactic of burning cars and buildings has a few things in common with marching from Baltimore to Washington in search of human rights—besides being misguided or downright silly. 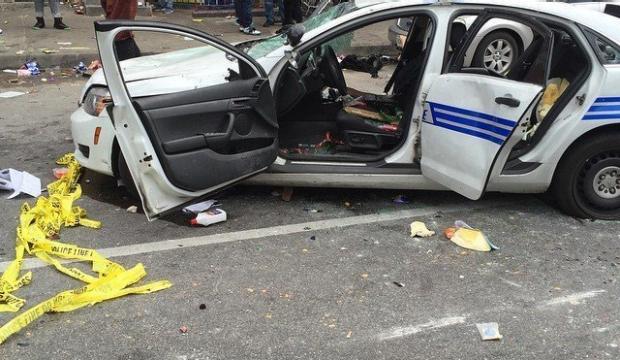 Both are tactics, with no follow-up plan to drive real change.

Both are highly predictable in 2015. State and local governments have prepared for both tactics, with the Black struggle cottage industry being the beneficiaries.

“Black struggle cottage industry.” I need to rap about that sometime…

For instance, registering every eligible resident of Black Baltimore to vote is unexpected and scary. 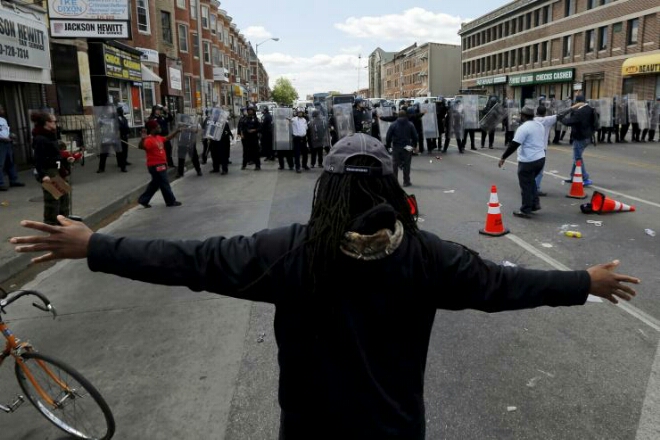 So would dictating a new agenda with new political power.

Another unexpected move would be to leverage the new political power to acquire funds for innovative education and jobs training programs—which lead to REAL JOBS. 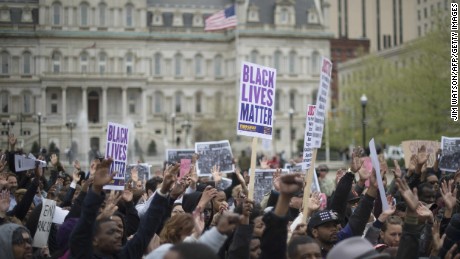 Promoting financial literacy in Black Baltimore would be scary for some. (Laughing) I wonder what Wells Fargo would think…

Using the wealth from new jobs to build businesses, and fund institutions which create better lives would be considered unexpected and scary in my book.

Calling the shots in school districts with new political and economic power would change generations. THAT would be scary to some people.

Taking the City of Baltimore to the United Nations for human rights abuses is unexpected and scary. I’m sure the US government would react quickly.

Instead, we can’t seem to get past isms and schisms…