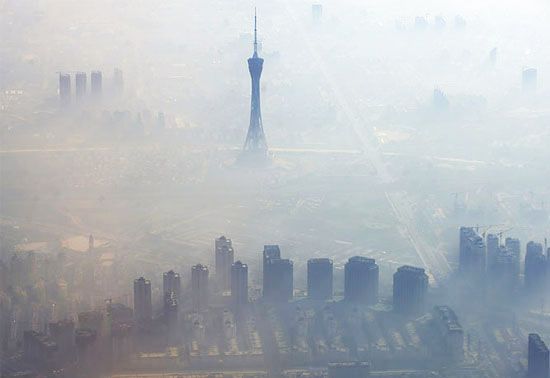 I know that some of you are screaming “Game changer” in response to this new carbon emissions deal between the US and China, but I’m not nearly as hopeful for a number of reasons.

One of my reasons pertains to the terms of the deal, as explained by CNN:

So many things can happen in American partisan politics over the next ten years to make the country’s delivery of a green promise worthless. I also get the sense that Chinese politics is going to be equally unpredictable.

I would love to live in a pollution-free planet, but I can’t stop wondering what a US-China accord on carbon emissions will mean for less-prosperous nations. You should the collective reaction of countries like China, India and Nigeria when the West initially approached them to go green: “You guys already had your industrial revolution — why can’t we have ours?”

Burning coal and similar carbon-emitting methods are still the most convenient ways to create energy. And until cleaner approaches become more convenient, we’ll still have smokestacks across the globe. This means I don’t foresee the US or China making a serious commitment to reduce their carbon footprints.

But here’s an interesting question for nations of the East—if the West and China commit to making carbon emissions a distant memory and pressures other countries across the globe go green, how will you guys have your industrial revolution?