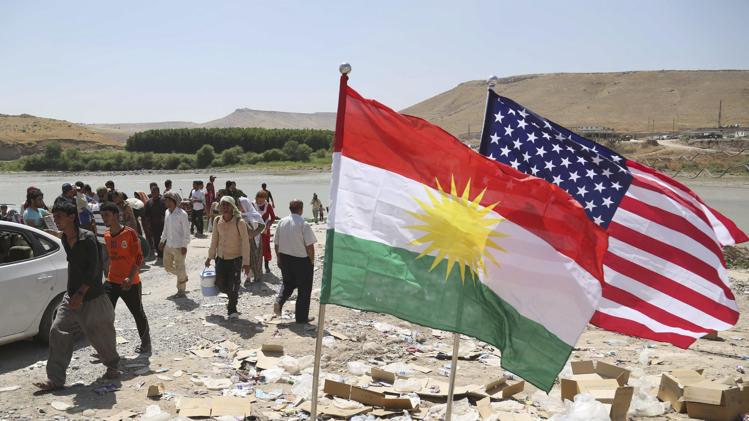 I don’t know of many instances where the US militarily intervened in another nation’s affairs which had nothing to do with economics or American hegemony. That’s why I don’t completely buy the current US humanitarian intervention in Iraq.

ISIL has been burying Yazidi women and children alive, as well as literally crucifying Syrian rebels and Iraqi Christians for months, with no US statement made about a humanitarian intervention.

So, why are American bombs dropping now? I mean, aside from destroying the expensive and fancy new military equipment the US gave to the Iraqi Army before the latter chose to run from fighting and abandon the hardware to ISIL.

To paraphrase Robert Fisk of The Independent, it’s not like the US sends in armies to countries with kick-azz asparagus exports!

Of course oil and gas are driving US involvement.

Europe needs Kurdistan energy, particularly gas, and especially now since the US has pulled a seemingly irrational EU into economic warfare against Russia. In addition to the contentious history of Kurdistan autonomy, the gas angle would explain France’s recent announcement to supply Iraqi Kurds with arms.